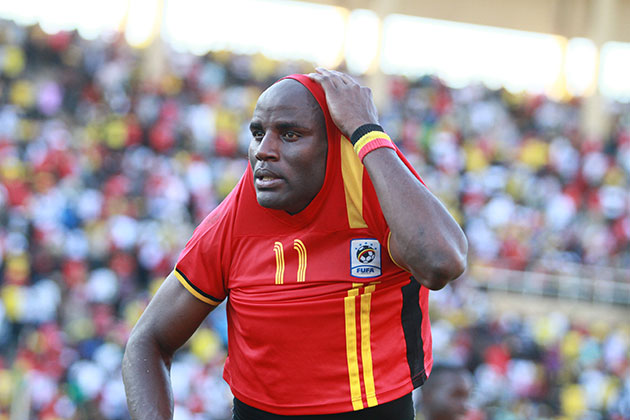 The decision by the 31-year-old Baroka player caught the country by surprise.

“I am grateful that I got to serve my country the best way I can. I have consulted my family and made a final decision to retire from the National Team,” said Massa, adding that he will make his formal communication upon his arrival in the country today.

Although he has retired from the National Team, Massa will continue will club football. This website understands that several clubs have lined up for him.

Born in Jinja, Massa began his career in 2004 with Police FC in the Ugandan Premier League before moving to Egypt side Al-Masry Club in 2005. He played three years in Egypt before moving in 2008 to South African club Jomo Cosmos and for the team he played 14 games and scored one goal.

In 2008 he left the team to return to Egypt and sign a contract with Itesalat. Massa joined on 14 September 2011 to Telsim Super League club Yenicami Ağdelen SK.

On 21 August 2013, he signed a deal with the South African side University of Pretoria.

Many Ugandan fans remember him for making a shot that tore the net for the third goal as Uganda beat Congo 4-0 at Namboole on June 16, 2012 to progress in the 2013 Africa Cup of Nations qualifiers.