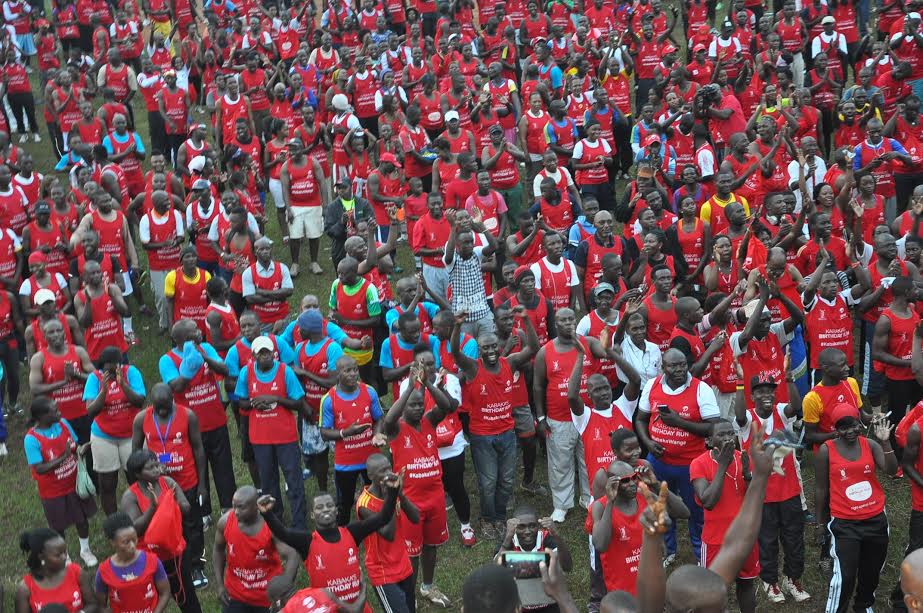 Excitement is brewing amongst Ugandans as the annual Kabaka birthday run draws closer.

Sponsored by Airtel in a partnership deal to sponsor four of the main Buganda Kingdom activities, the 2017 Kabaka Run themed “Fight against sickle cells” has already attracted thousands of individuals as well as a number of top corporate companies including Post Bank, City Tyres, GoTV and many others.

Last year, the run attracted different people from all walks of life including children, musicians, politicians as well as members of the royal family led by Omulangira David Wasajja Kintu and was flagged off by the Kabaka of Buganda.

Speaking about the 2017 Kabaka Birthday Run, the Airtel Uganda Managing Director, Mr. Anwar Soussa reminded all Ugandans who had not yet registered for the run to come and show support for the sickle cells patients in Uganda.

“Five more days. It is not too late to come and support this cause,” he said.

“We do this because we believe in the progress that comes out of coming together to support a single goal. Last year, fistula patients greatly benefitted from the Kabaka run and I am confident that sickle cells patients will benefit this year,” he added.

According to the Ministry of Health, over 25,000 babies are born each year with sickle cell disease and over 80% die before their 5th birthday contributing to 15% infant mortality, 13.3% of the total population have Sickle cell traits.