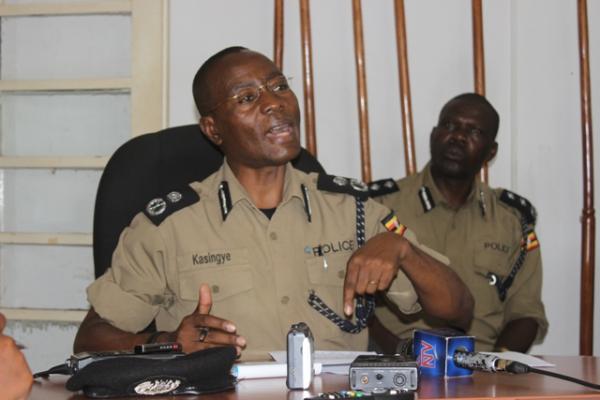 Uganda Police spokesperson AIGP Asan Kasingye has told reporters at the force’s headquarters in Kampala on Monday that he has received death threats because of a story published in a local daily.

Kasingye, who replaced AIGP Andrew Felix Kaweesi who was murdered last month, revealed the name of the person and contact details of the person threatening him.

“I have received threats from telephone number 0782 744915. When I checked it out, it’s registered in Kagimu John’s name. I tried to call back and he refused to pick up,” Kasingye told journalists.

The threat, Kasingye explained, was because of photos of motorcycles published by Bukedde newspaper, a Luganda publication of Vision Group, suggesting that the killers of Kaweesi, his bodyguard and driver used the same motorcycles, resembling those used by commercial motorcyclists (bodaboda).

“Why do you put those motorcycles in Bukedde as if they’re the ones that killed omugenzi [the late AIGP Kaweesi]. Now that they are with the Police, I hope they will not say the same thing about you,” the publicist quoted the threatening message as reading in part.

Kagimu’s number has since been switched off.