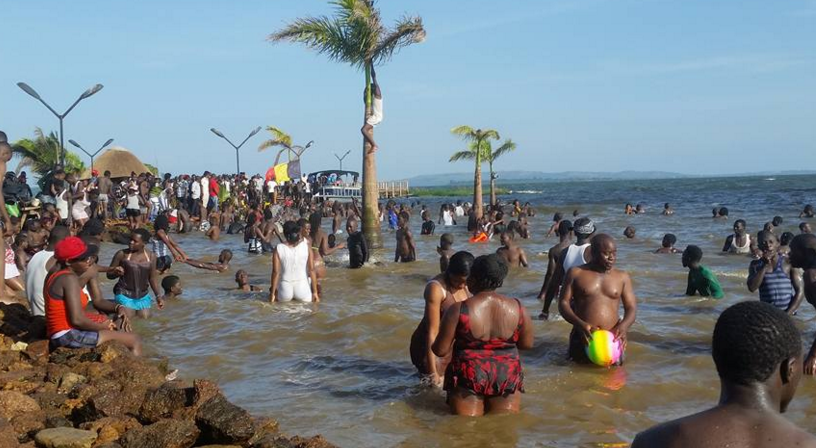 Popular singer Robert Kyagulanyi Ssentamu aka Bobi Wine, is as we speak a very sad man after a part of his ‘One Love Beach’ located in Busabala along the shores of Lake Victoria was demolished on Friday (April 7, 2017)

Tractors and caterpillars were seen demolishing part of the beach with Police deployed in case of chaos.

According to Bobi Wine, Mengo Land Board is behind the demolition.

“Those people are from Mengo. They are evicting me from this land which I bought legally. I have all the documents,” Bobi Wine said in an interview with bukedde.

“I feel so sad right now. I have invested alot of money here. The money I have made all my youth,” he added.

When asked whether he was going to battle Mengo Land Board in court, the singer said he wouldn’t because he belongs to Buganda Kingdom and is loyal to the Kabaka.

“I won’t be sueing. My own people (Baganda) have done this to me, I can’t take them to court,” said Bobi Wine.

“It’s like if your father beat you and broke your arm, you would report him to the authorities. So I’ll let it go, let them do as they wish,” he further said.

Bobi Wine recently renovated and expanded  One Love Beach to make it a state-of-the-art recreation facility.

The beach had become a venue for his music concerts and major source of income to him and his family.