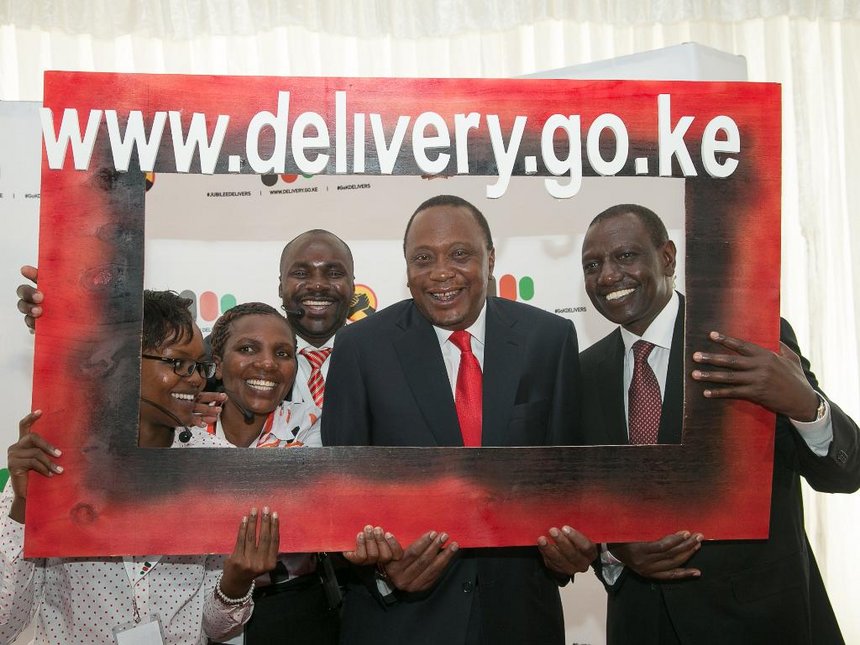 Kenyan President Uhuru Kenyatta on Monday launched a public information portal (www.delivery.go.ke) that will showcase his government’s investments in projects across the country and other achievements.

Speaking during the launch at the Kenyatta International Convention Centre, the president, who is seeking another term in office in the August poll, said the portal would thwart opposition “propaganda and lies”.

“For the first time, we have decided to use technology to showcase the achievements we have made in the last four years. This portal has detailed information on all the projects the government has undertaken and their status,”  the president said.

“I know we are not there yet but we have laid the foundation of what should be done to get there,” President Kenyatta said.

He then reiterated his vision for Kenya: “My vision is to have an all-inclusive and stable Kenya where every single Kenyan feels they have a caring government that inspires hope and not negative ethnicity.”

The portal will give Kenyans access to information on the projects the government has implemented since 2013, and queries will be answered initially in 48 hours and consequently in 12 hours.