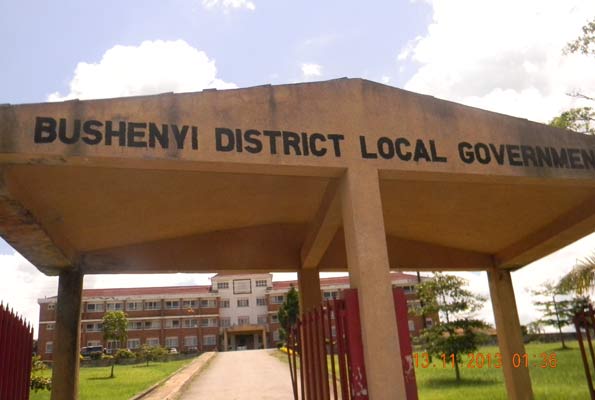 Police in the western Uganda district of Bushenyi are holding the Senior health Inspector for Bushenyi-Ishaka municipal council for reportedly soliciting a bribe worth Shs 200,000 (US$ 55) from a land lady in Bushenyi Town.

The Tower Post has learnt that Police nabbed Steven Wamale after he received Shs 100,000 as down payment  land lady Betty Melon Ankunda to allow her build a new pit latrine.

Inspector Wamale had stopped Ankunda from erecting a new latrine on grounds that the place on which she wanted to build the place of convenience was not suitable for the purpose.

Ankunda told Police that Wamale had asked her for Shs 200,000 if she was to allow her build the latrine in the “unsuitable” place.  the land lady that if she gave him 200,000=, he would allow her to construct wherever wanted.

Greater Bushenyi region police publicist Martial Tumusiime told journalists Monday that detectives recorded serial numbers of money worth Shs 100,000 which they handed over to Ankunda to help them trap the inspector as they (detectives) took cover.

According to local media reports, it is not the first time Wamale is being accused of soliciting bribes. Two years ago, former town Clerk Deo Ndimo transferred Wamale from the municipal headquarters to Nyakabirizi division after he was accused of taking a Shs 200,000 bribe.