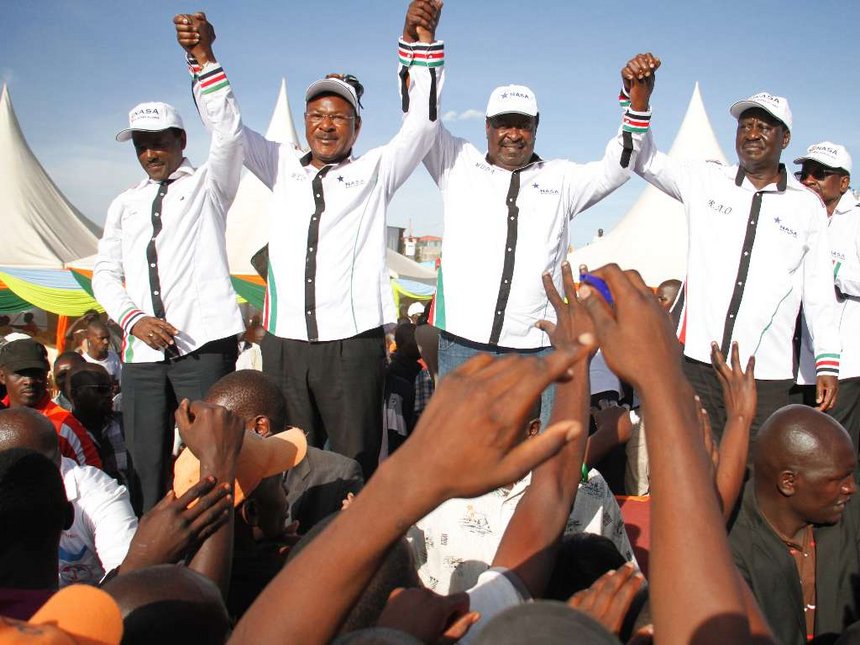 A leaked report indicating that the National Coordinating Committee (NCC) had recommended former prime minister and Orange Democratic Movement (ODM) leader Raila Odinga as the National Super Alliance (Nasa) flag bearer in the August presidential election has sparked off a war of words among political parties in the loose opposition coalition.

The report suggested that former Vice President Kalonzo Musyoka would be Odinga’s running mate. According to the report, if Nasa wins, Musalia Mudavadi would become Chief Minister while Moses Wetang’ula would become National Assembly Speaker.

But other parties making up the Nasa coalition such as Wiper, Ford-Kenya and Amani National Congress have since reacted, insisting there was no deal yet.

“Zani has to withdraw the remarks publicly. Nothing is [final] until it is agreed upon. We do not have a flag bearer as of now,” Kalonzo told reporters Wednesday.

Agnes Zani, also a nominated senator, said the report had been leaked by mistake.

“The report was leaked in the form the media presented. A few aspects and figures were not those of the committee but the line-up presented had been agreed on,” she said.

“The ODM statement is a confession that leaves no doubt as to where leaks of working documents meant to undermine NASA unity have been coming from. It is confirmation that ODM is negotiating in bad faith. This is bad manners that shouldn’t be entertained in any negotiation,” Osotsi said.

“It is this flawed arrogation of assumed mandate by a party to negotiations that could jeopardise NASA unity.”