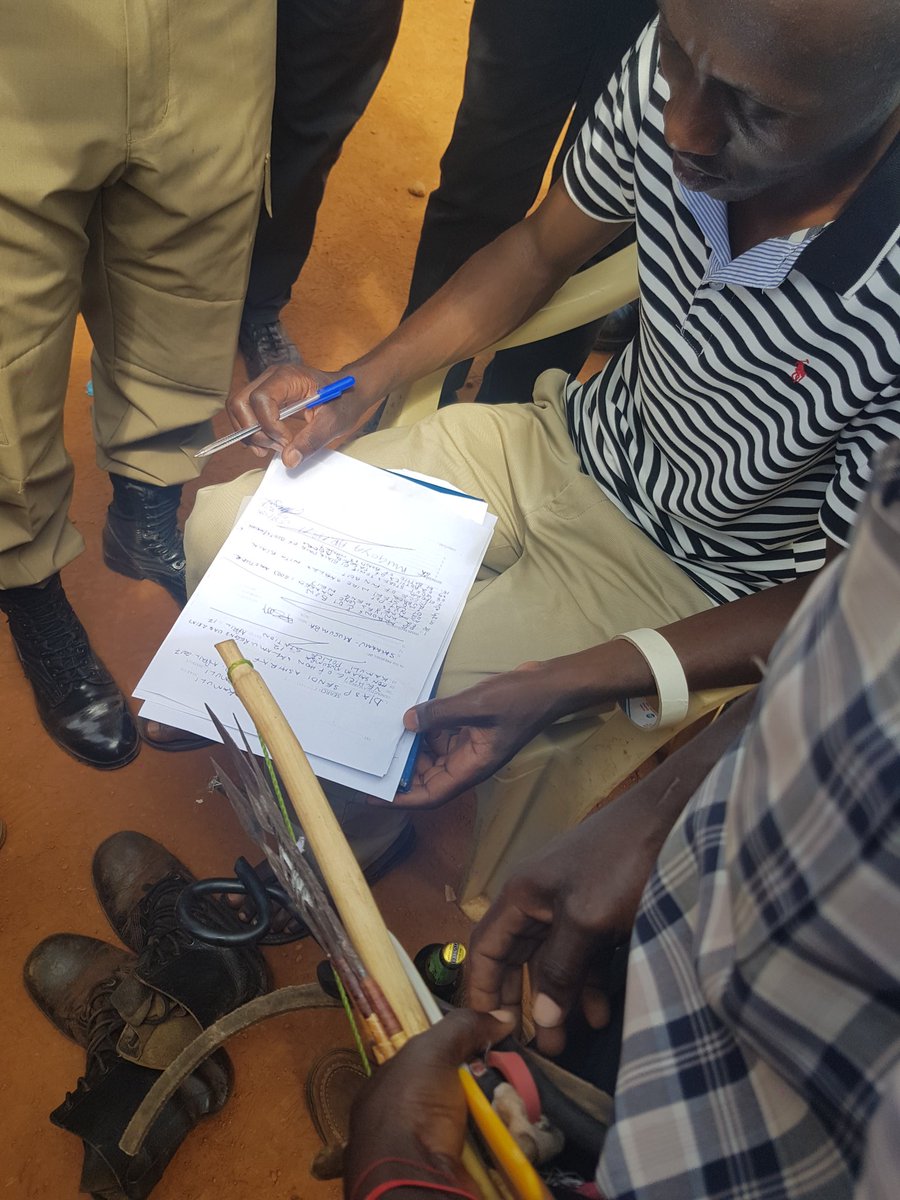 Proscovia Salaamu Musumba, the opposition Forum for Democratic Change (FDC) candidate in the ongoing Kamuli Municipality by-election has recorded a statement at the Kamuli Police Station.

According to the exhibit form, knives, arrows and liquor were some of the items found in Musumba’s Land Cruiser UAQ 286M.

Musumba’s car has been impounded and is now at Kamuli Police Station.

Voter turnout remains below average with less than an hour to end of voting.

Earlier, seven people were arrested in connection with bribery allegations and chaos ensued between Musumba and Watongola’s supporters.