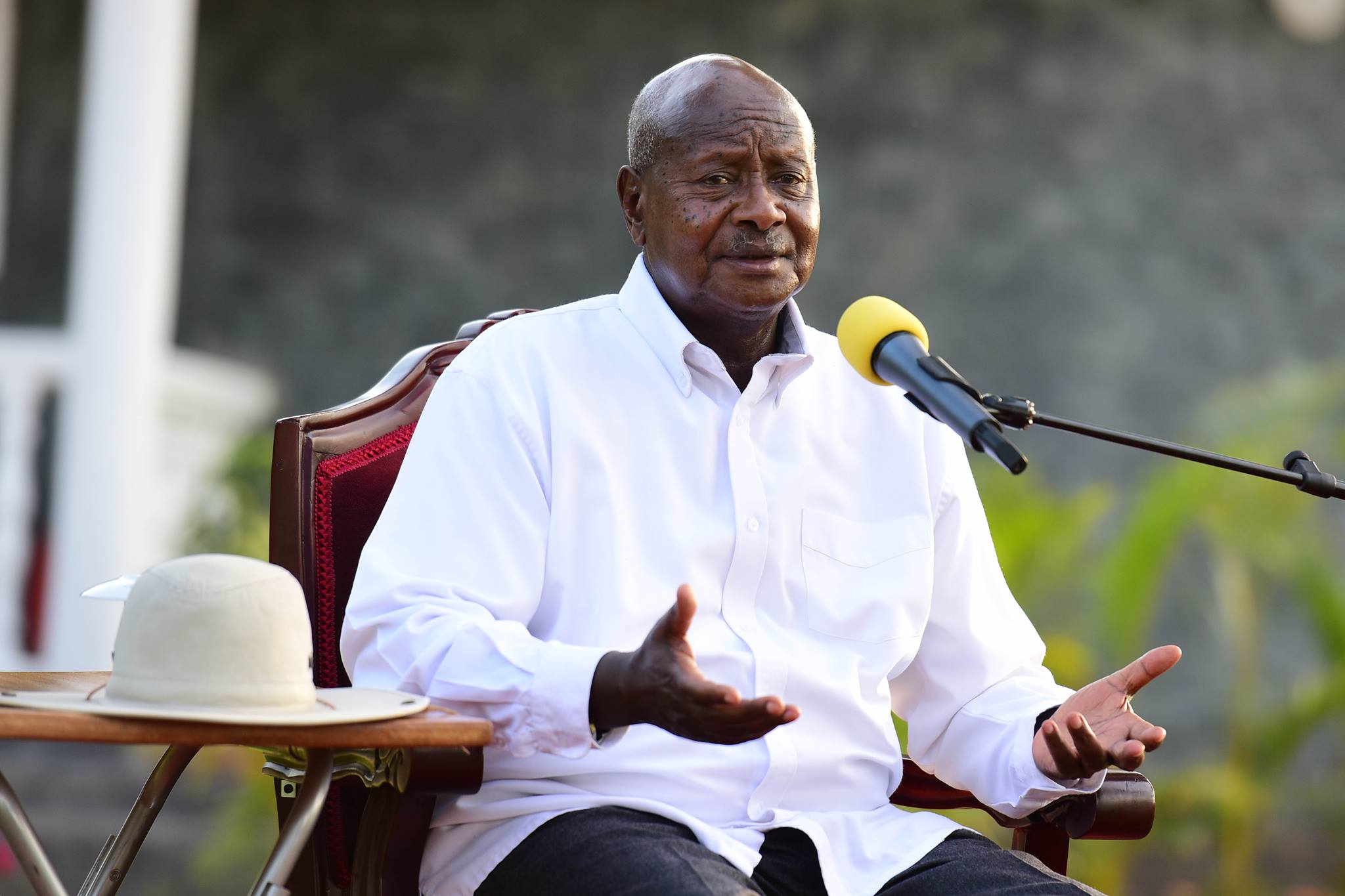 Ugandan president Yoweri Museveni has told journalists that the arrest of Minister of State for Labour, Employment and Industrial Relations, Herbert Kabafunzaki, was the just the beginning of protracted war against corruption.

Minister Kabafunzaki was arrested last weekend at Kampala Serena Hotel reportedly receiving a bribe from Aya Investments boss Mohamed Hamid with an intention of covering up a case involving the latter.

Kabafunzaki, also Rukiga County MP, has since pleaded not guilty and been released on bail.

“Now we have started to open a war against them, those who have been arrested [such as Kabafunzaki] are ndozo… okuroza… jaribu …. [A taste of what is to come] , you will see what comes next,” the president said.

“All those involved in corruption will be arrested. You should also help us and report them. You have also been the problem you just keep quite. When you report work becomes easy, we arrest them quickly.”

Museveni also explained the evolution of corruption in Uganda, noting that educated officials had become corrupt.

“From the beginning, NRM has been fighting corruption. Some things we did quickly because they could be seen. There used to be roadblocks by the army to rob people, we removed them. The theft that remained is with the educated people. Earlier the corruption was by the army men who used to rob people, kill animals in national parks of government but we fought those and stopped them.

Museveni completed a three-day community mobilization tour of Mayuge district on Wednesday. During the tour, he commissioned a new State Lodge and a Presidential Demonstration Farm in Kityerela Sub-county.