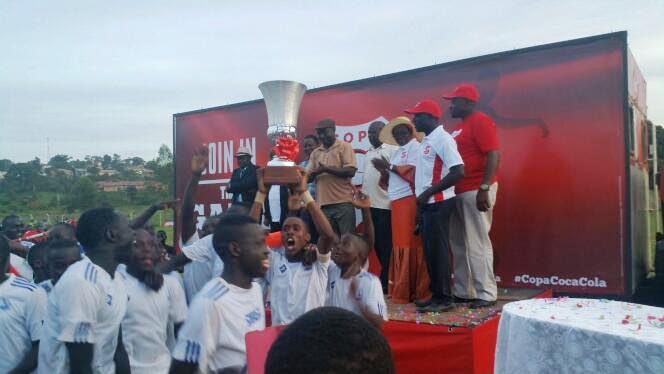 Over the weekend, reigning Wakiso champions St. Mary’s Kitende defeated Budo S.S to retain the Copa Coca-Cola Schools Wakiso regional trophy thanks to fantastic display of talent by Frank Zaga that resulted into the only goal of the game.

The 2017 Copa Coca-Cola tournament was launched last month and for the 24th consecutive year, this football tournament will continue to encourage teens to demonstrate that fact that sport goes beyond games and means team spirit, comradeship and respect.

The regional tournaments are currently being in different regions across the country and winning teams will converge in Masaka for the national championship finals later this month.