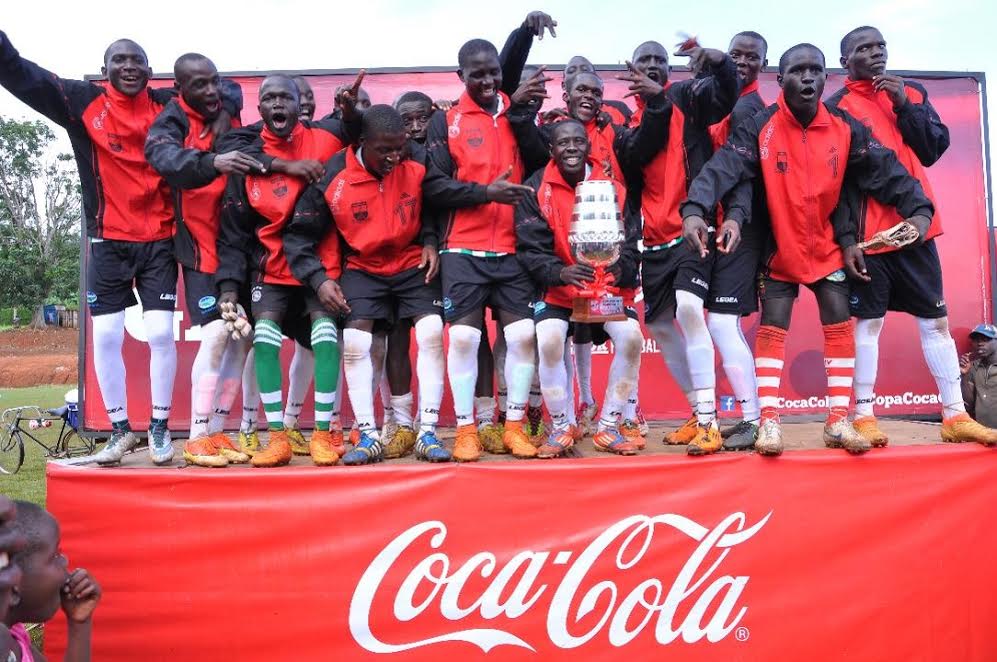 Reigning Masaka Copa Coca-Cola Regional champions, Masaka SS retained their title after a defeating Wagwa High School in a penalty shoot-out which ended 4-2 at the weekend.

The 90 minutes of play ended in a goalless less draw with no one seeing each other’s net.

Wagwa High School penalty takers were Captain Frank Ssebwuto who never converted his penalty and it was saved by Masaka SS keeper.

Gonzanga Ssekyewa and Godfrey Muyawere converted their penalties while Lawrence Matovu who was Wagwa High school penalty taker never converted his penalty, the ball went over the bar and Masaka SS won the regional championship.

This win automatically earns Masaka SS a spot in the national finals that will be held in Masaka district next month from 6th-20th May 2017. Other schools representing Masaka region are, Wagwa High School, Green Hill SS and Blessed Sacrament SS- Kimanya.

The 2017 Copa Coca-Cola tournament was launched last month and for the 24th consecutive year, this football tournament will continue to encourage teens to demonstrate that fact that sport goes beyond games and means team spirit, comradeship and respect.