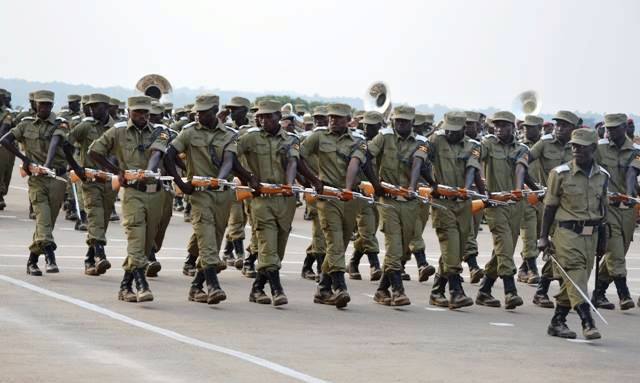 A total of 14 other police officers have been transferred in Uganda Police’s new reshuffle, which is the third in a period of one week.

D/ASP Ambrose Rwanyonga and D/SP Ayub Waiswa have been moved to CID headquarters from Mission.

Inspector General of Police, Gen Kale Kayihura while speaking to Journalists on Monday said that a lot needs to be done to clean the police force.

“We have challenges of professionalism but we have done something about it. I now never hear of complaints about RPCs and DPCs. The main challenge now is the CID so that they can successfully and quickly dispense off cases,” Kayihura said.

“It is a slow process of cleaning the police but we are moving there. Let the public also appreciate us other than only bashing us. In relative terms we are succeeding in fighting crime around the country,” he added.

Here is the full list of the transferred officers: 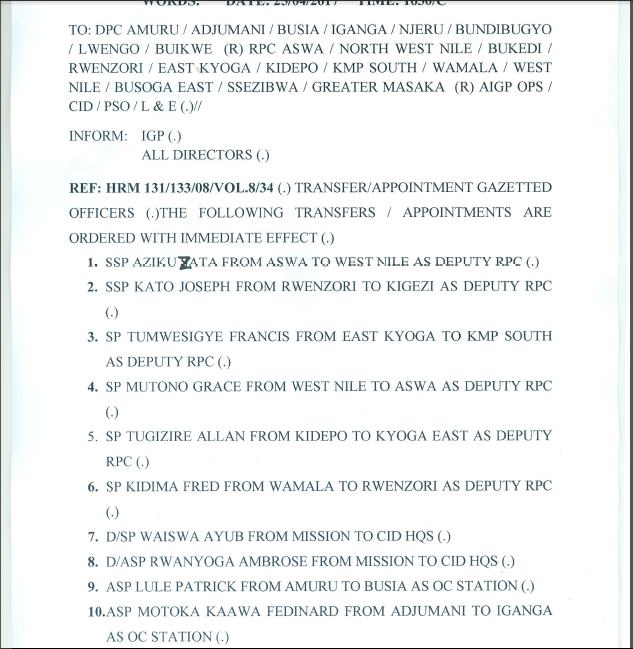 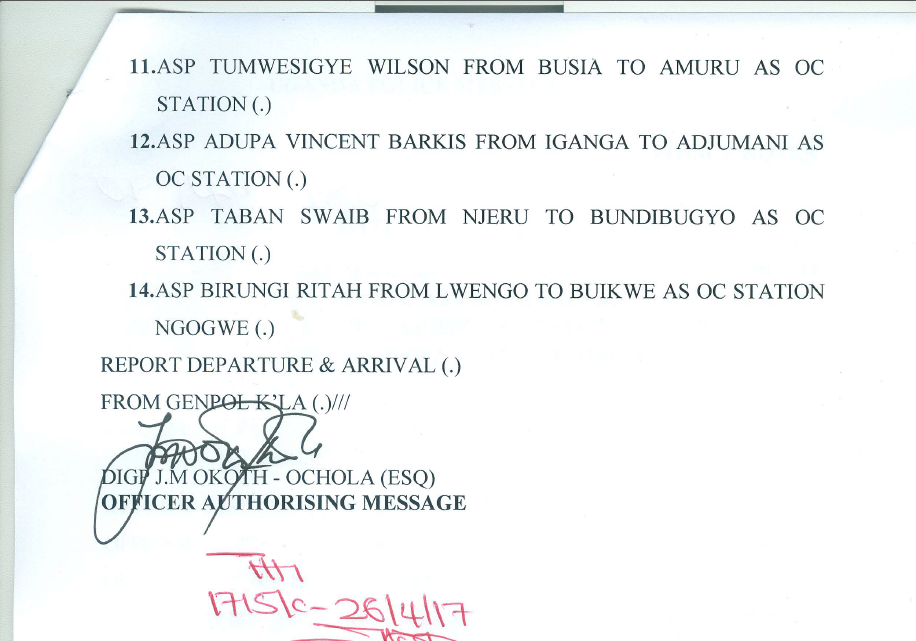