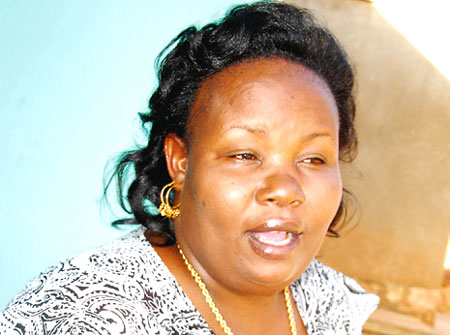 News reaching us indicates that renowned traditional healer, Sylvia Namutebi known to many as Maama Fiina has found love again a few months after her husband’s murder.

It will be remembered that Maama Fiina’s husband, Maj. Mohammad Kiggundu and his driver Sgt. Mukasa were shot dead by unknown assailants riding on a boda boda in November 2016.

According to Bukedde, Maama Fiina has now moved on and is currently dating Hajji Abbas Kiyimba, the Nsangi LCIII chairman and NRM chairperson for Wakiso District.

Maama Fiina and Hajji Kiyimba are reported to be so close lately and are planning to wed very soon.

Hajji Kiyimba already has three women; Hajat Kudra Kiyimba who resides in Kyengera,  and two others in Busega and Bulenga. Maama Fiina will become his fourth.

It is reported that Maama Fiina has been regularly visiting Kiyimba at his office and the two have lately been attending functions together.

This website understands that the two are set to wed in a Muslim wedding (Nicah) at kibuli Mosque although organizers are considering that the wedding be held in Nsangi.

We shall keep you updated.

The Reality of Sex Trade on Tinder, Social Media in Kampala