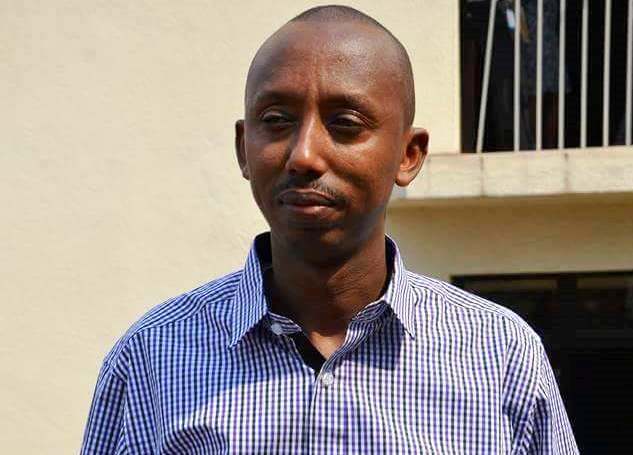 Details of the man responsible for the leaked images of Kagame Challenger in the August Rwanda Presidential polls have emerged.

Diane Rwigara, a daughter to fallen tycoon Assinapol Rwigara had her nude images leaked on Friday May 5th before they made rounds on social media and several websites across East Africa.

Rwandan local media is reporting that the images were leaked by Bob Mugabe, a journalist with online publication, Great Lakes Voice.

Mugabe is also said to have been in a relationship with the presidential hopeful although the relationship ended.

Rwandan journalist with Kigali Today (KT Press), Fred Mwasa said that Mugabe “leaked pics out of anger after she (Rwigara) left him.”

According to fellow journalist, Ivan Mugisha, the photos were picked and ‘doctored’ from Mugabe’s stolen phone.

“I spoke with Bob Mugabe. He calls this slander. That the pix are doctored from his stolen phone; stolen by people who also tried2 kidnap him,” said Mugisha in a tweet.

I spoke with @MugabeBob. He calls this slander. That the pix are doctored from his stolen phone; stolen by people who also tried2 kidnap him https://t.co/AJiBC1VWS4

Several websites earlier reported that the photos were leaked by President Kagame’s intelligence, who wanted to discredit Rwigara who had stood against the odds to challenge him.

Mugabe has not made any official communication about the matter and neither has Rwigara although activists have criticized the incident.

Many have referred to it as a move to demotivate Rwigara and sway her from the ambitions of challenging Kagame in the coming Presidential elections.

Now that the source of the photos is known, what remains unclear is the motive and identity of the individuals who allegedly stole Mugabe’s phone and doctored the photos.