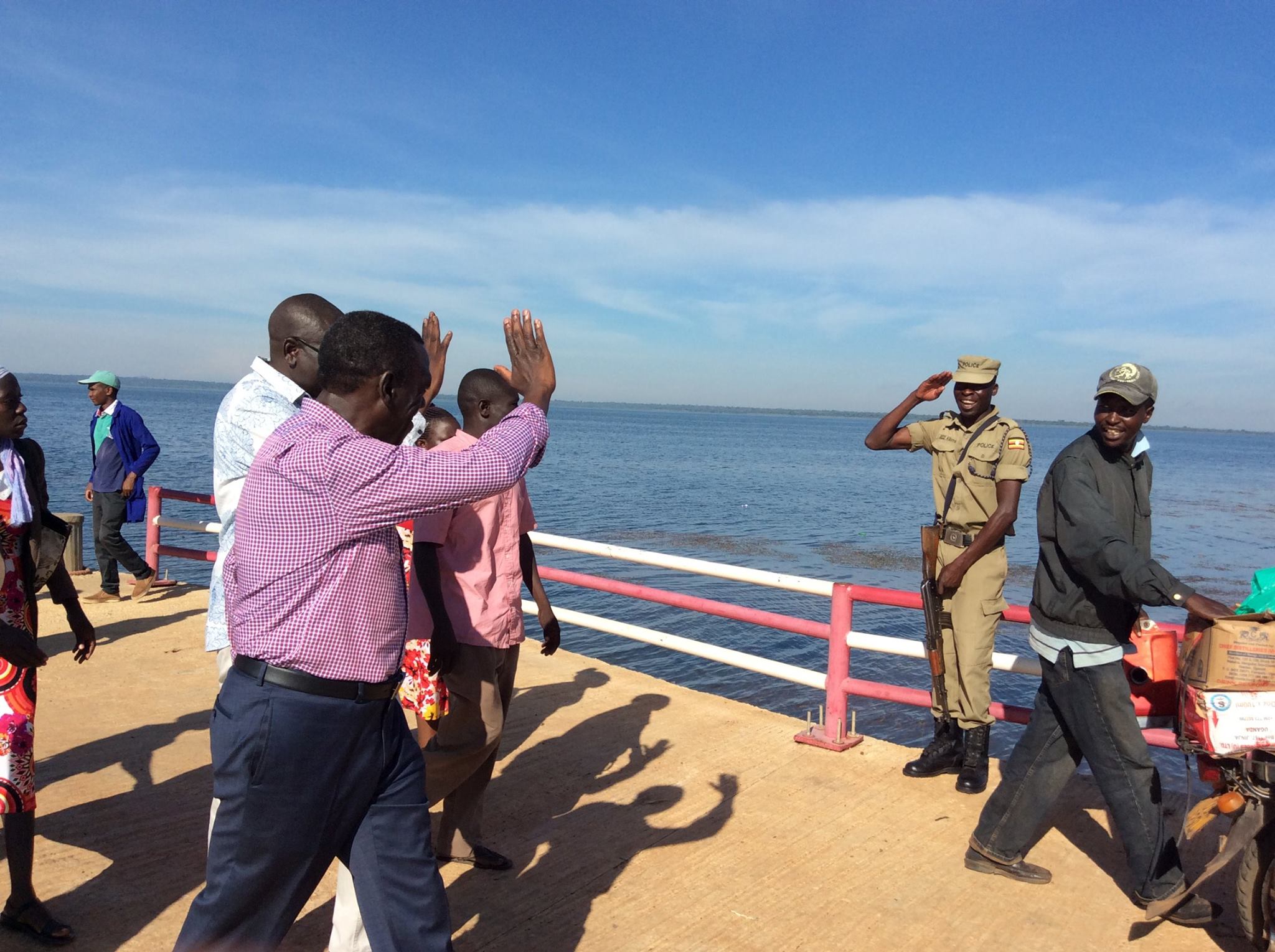 While police officers are known to act callously on beholding Dr Kizza Besigye, Uganda’s opposition kingpin and a four-time challenger to Uganda’s three-decade president Yoweri Museveni, one police officer has been pictured doing something, well, unusual in Uganda Police circles.

The Police officer stopped and saluted Besigye who waved back.

The photo was taken in Toroma County, Katakwi district.