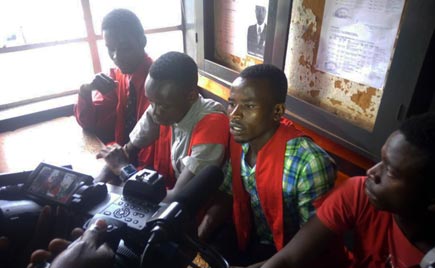 Police in Kampala has arrested four Makerere University students for demonstrating in protest of trial and incarceration of research fellow Dr Stella Nyanzi.

They had gone to court to attend proceedings for Dr Nyanzi’s bail application.

Nyanzi faces charges of offensive communication and cyber harassment for, among others, referring to Uganda’s three-decade president Yoweri Museveni as “a pair of buttocks” in a series of posts on social network Facebook.

The students want government to release Nyanzi claiming they were missing her lectures.

They have since been taken to Kampala Central Police Station.