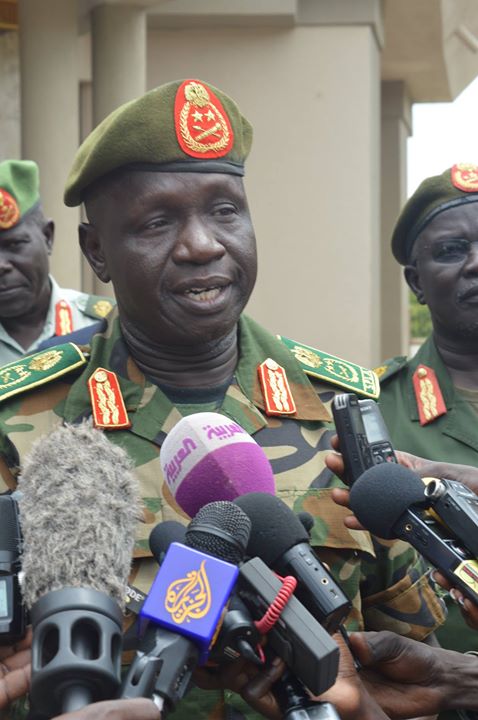 Ajonga says he will seek to pacify South Sudan, a nation being torn apart by conflict due to disagreement between President Kiir and his ex-deputy Riek Machar.

The new army chief says he will seek to implement the terms of the Agreement on the Resolution of the Conflict in South Sudan.

“The country is in conflict and we will try our level best to stabilize the situation, above all, there is an agreement which has been signed between the government and opposition,” Gen Ajonga said.

“There is a government of national unity and I believe it is the guidance because the priority now is to stabilize the situation.”