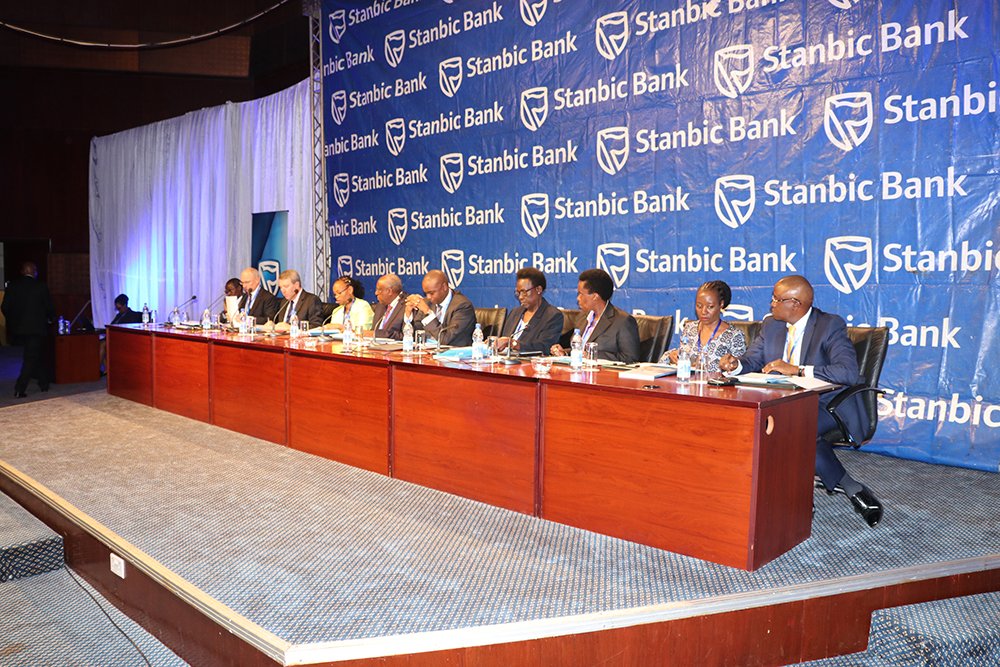 Stanbic Bank shareholders have approved a Ush 60 billion shilling payout as dividends, represents a 50% increment from the UShs 40 billion paid in 2015. The dividend which was passed unanimously by all shareholders is equivalent to UShs 1.17 dividend per share up from UShs 0.78 the previous year.

This was announced on Thursday during the Stanbic Bank Uganda stakeholders annual general meeting attended by over 400 people.

The bank’s Board Chairman, Japheth Katto said that despite a slowdown in the domestic and global economy, Stanbic underwent sustainable growth in the year, positing impressive results.

“2016 was yet another profound year for Stanbic Bank where we continued to ensure the sustainable growth of the Bank. A central factor to our sustainability is our commitment to support and enable the transformation of the lives and businesses in the communities where we operate,” Katto said.

“When arriving at the proposed pay-out figure of 60 Billion UGX the board took into account projected business growth and investment prospects and regulatory capital adequacy requirements,” he added.

The decission also considered the current and projected future financial position of the bank as well as the impact of stress testing of its capital adequacy position to minimize adverse effects on capital requirements over the foreseeable future.

Dividend payouts will be effected later in June 2017 in accordance with individual shareholders payment instructions.

Presenting an overview of the operating environment and the banks key performance highlights, Stanbic Bank CEO Patrick Mweheire said, “Our record profit after tax of UShs 191 billion was achieved despite the challenging market environment with rapidly deteriorating asset quality across the sector.”

“Our 2016 revenue of UShs 643 billion was a balanced mix of net-interest income and non-interest revenue, reflecting the strength of our diversified business model.”

Customer deposits went up by 25% to UShs 3.1 trillion in 2016, despite the entire banking industry growing on an average of 9.5%. Total customer loans and advances completed the year at UShs 2.0 trillion just up 3% from 2015.

“This confirms the bank is being soundly managed and the funds we invested are in safe hands,” Byaruhanga added.