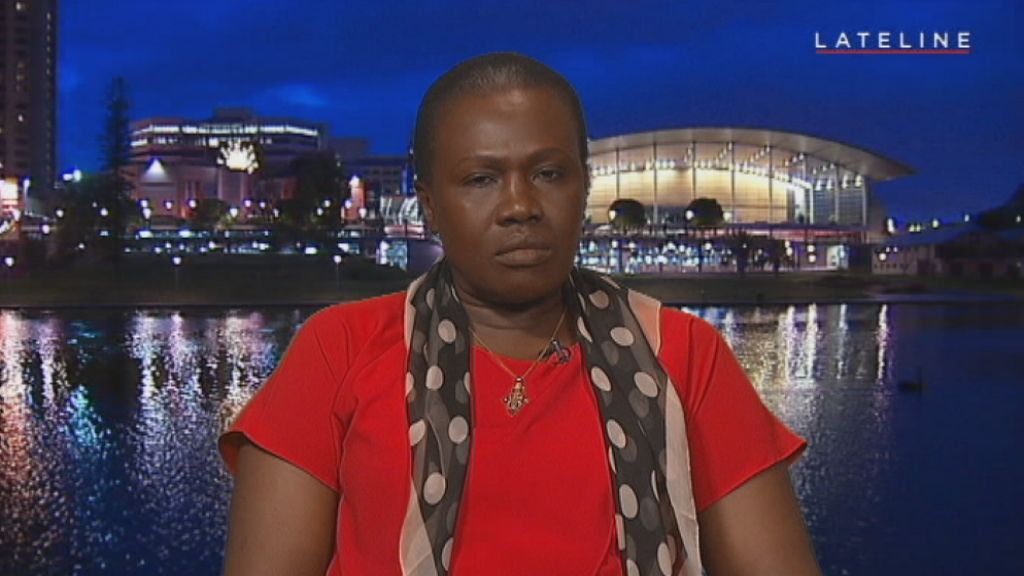 Angelina Teny, Machar’s wife, says she is in Australia to seek aid.

, is in Australia lobbying the Government and the South Sudanese community here to step up aid.

“Genocide is in progress. I’m not sure what the world is waiting for,” she said.
“The Minister of International Development of the UK visited about five weeks back and clearly stated that genocide is fully fledged.”

She also expressed worry about the famine situation: “They [South Sudanese] are dying of starvation. Once famine is declared it means people have already died.”

According to humanitarian agencies at least five million South Sudanese live on food aid and the situation could worsen.

She preached reconciliation and forgiveness among South Sudanese in the Diaspora and urged against tearing each other on social media.

“You know the ruptured fabric of society at home actually spills over to the diaspora… The diaspora actually contributes sometimes very negatively in that they use the social media and they’ve become what we as a party term ‘internet warriors’.

“We’re telling them, turn your sharp pens into sending out good, positive messages, no matter which side you are on.”