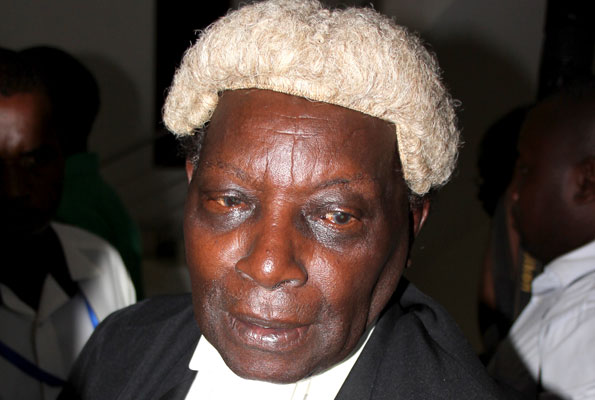 As it is said in the Bible, man does not live by bread alone. So it is in banking.

A customer is not simply satisfied because his investment in the bank is safe. There are many qualities and values a good bank gives. I was a happy and satisfied customer of Crane bank. The Crane bank management, from the owners down to doorkeepers, were always hospitable to me, and everyone was helpful in every way.

Many Crane bank customers regret the events and circumstances that forced it to fail and be sold and enable DFCU bank to acquire it and its assets.

Shortly after the sale, several DFCU officials contacted me to welcome and assure me that my money with them was safe. I have no doubt that that promise is genuine. However, in banking, there can never be guarantees, especially in developing countries such as Uganda.

My trust in that assurance is fortified by the knowledge that its majority shareholders are a national of one of the most respected and stable countries of the European Union and the other the British Commonwealth of nations.

In my opinion, however, good banking must also give you confidence and trust in local managers and staff of the bank and its branches. My praise for Crane bank and its management is based on the fact that whereas it had many branches countrywide, and I happened to drop in any of them from time to time, I was treated like so many of its other customers, as if I were the owner and boss.

Things have not been the same since DFCU took over. Initially, I was warmly contacted by diverse officials claiming lofty titles such as managing director, operations manager, VIP customers’ banker and several others pretending to offer good services.

When I enquired from one of them about whether I should change from my then Crane bank branch in Nsambya, he advised me that although the assets and management of Crane bank had changed, I should continue banking in my usual branch.

Two days later, I arrived at Nsambya and discovered that the former Crane bank premises were closed and sealed with iron sheets. I contacted my former personal manager in Crane bank and he told me that he had been retained by DFCU management, who should have told me that everything had been transferred to their nearby branch on Ggaba road.

I later received a cheque from one of my clients and went to deposit it in that branch, and it is here that I experienced the shock of my banking life.

I had been banking in different banks in Africa, Europe and Asia but never before had I ever received the rude and arrogant treatment I got at that branch.

Currently, I am temporarily moving in a wheelchair as a result of an accident that affected mobility in the legs. Not knowing the geography of the bank entry and exit, my driver parked in front of the bank.

I then asked my police escort to enter the bank and ask the manager to find me in the car and give me advice. A young man came and said he knew me and called me by my title and name.

I told him I needed assistance about my cheque which was more than the permitted value a bank can accept as one cheque. I handed him the cheque and requested him to go and inquire whether anything could be done for me to have access to the money quickly.

He said: “I am afraid we cannot accept this. The amount on it is in excess of what we can accept to bank at once.”

I requested him to take it inside and consult with the drawing bank on what we should do and the way forward.

He replied: “We cannot do it Professor; go and do it yourself”. I pleaded with him again: ‘You see the condition I am in. I cannot move easily from bank to bank. Can’t you please do me that favour?’

When he said that he was not the manager of the bank but a teller, I requested him to take the cheque to the manager and explain my predicament.

He utterly refused, saying: “You must realise that we do not have the time to idle with customers like you. I am busy and the manager is busy”. I then said: ‘the manager will help me, please take the cheque’.

The young man looked at me as if I was a dead dog and violently threw the cheque in my face, which floated in my vehicle and landed near the driver’s seat. He majestically turned back and marched into the bank, as if he was the president.

The author is a former Supreme court judge

This article was first published by The Observer.