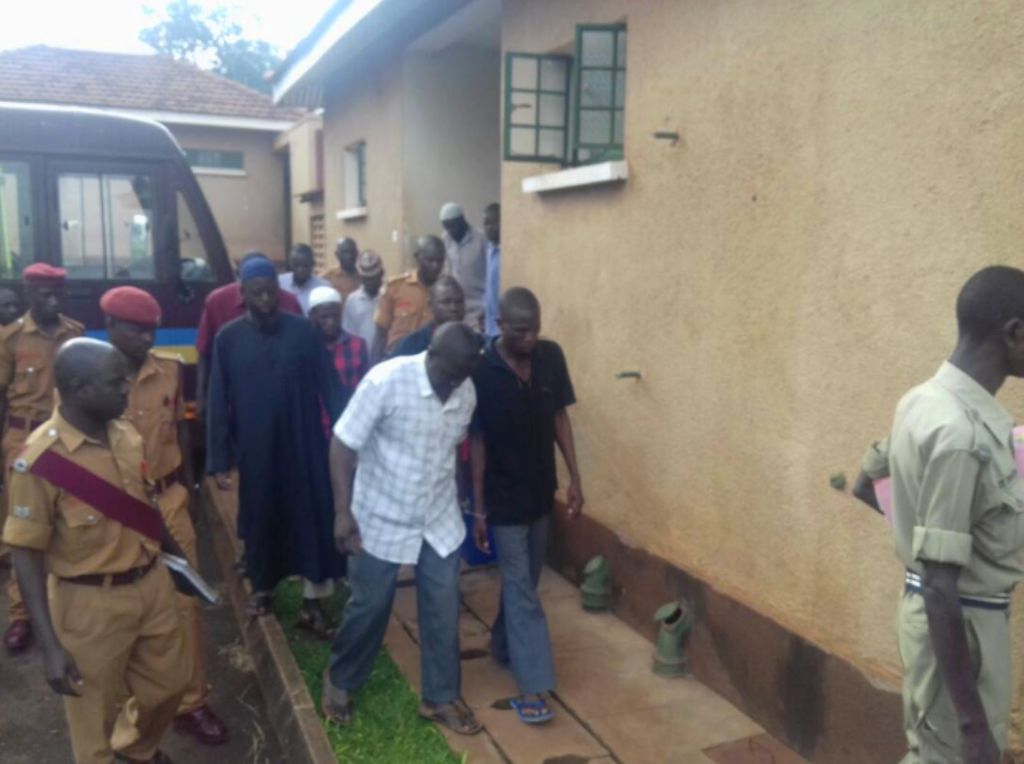 The suspects in the murder case of former Uganda Police publicist Andrew Felix Kaweesi, his driver and bodyguard have appeared before Nakawa Magistrate’s Court.

But grade one Magistrate Noah Ssajabi further remanded the 20 suspects to Luzira Prison until June 01, 2017.

State Prosecutor Joyce Anyango told court that investigations into the case were incomplete.

They face charges of murder, terrorism and aggravated robbery.

But the suspects and their relatives told the media that they had lost valuables during arrest.

Abdu Ashid MbaziIra, one of the suspects, claimed he had Shs 1m during his arrest “but up to now I can’t trace it”.

Namwanje Ddamulira, wife to Swaleh Ddamulira, another suspect, claimed that police had raided their Namungona home for a search but “they took 6 phones belonging to my family members, cameras and money from the house”.

The Tower Post could not independently verify these claims.