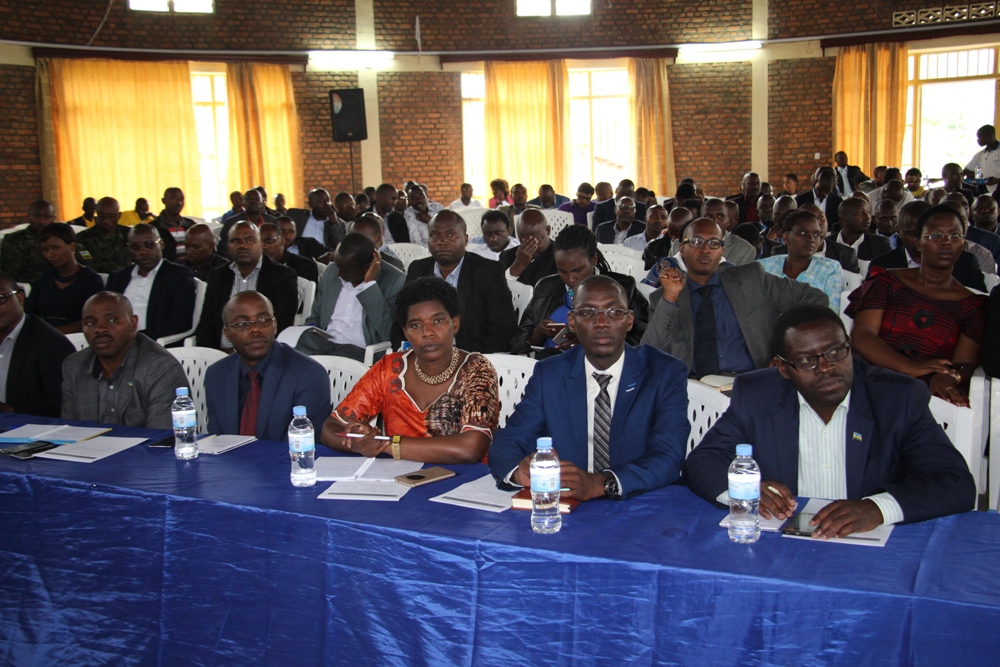 The National Electoral Commission (NEC) has said that some independent presidential aspirants are illegally soliciting for signatures meeting supporters in bars and markets while others pay to get signatures.

In a meeting that brought together various leaders from Northern Province to discuss issues in relation to upcoming presidential elections slated for August 2017, the NEC chairperson, Prof Kalisa Mbanda warned that such acts contravene electoral law.

“We held a meeting with presidential aspirants last Friday after realizing that some of them solicit signatures in bars, attracting people with free drinks while others give money to those who provided signatures. We prohibited them from such acts and informed them that they have to inform local leaders about their activities and where they are taking place,”he said.

“For instance, Philippe Mpayimana says he has a right to go everywhere without announcement. We tell him that it is against electoral process in Rwanda. You have to inform your objectives to local leadership. The lady, Diane Rwigara, pays money. We advise her that she should not do it but she replies that ‘people give me their signatures. Realizing their poverty after vowing to support me, I give them money to get rid of poverty’,” explained Mbanda.

The Governor of Northern Province, Musabyimana Jean Claude also highlighted that some candidates solicited signatures illegally in the region.

“Candidates came in our province and received them. We request them to respect legal procedures other than meeting people in the night, offering bribes to get signatures among other dishonest acts,” he said.

“Some candidates would come and solicit for signatures in bars after buying beer. Getting voter’s signatures without being aware of what they are doing, being promised of particular aids to sign, that is what we stand against,” he added.

The soliciting of 600 signatures to make presidential aspirants among eligible candidates kicked off on 13th May 2017.

Presidential aspirants are required to have at least 600 signatures with 12 people in each district to get their candidacies approved.

NEC will announce approved candidates on 7th July 2017 while presidential campaigns are expected to start 17th July 2017 to end on 3rd August a day before elections.