A survivor of a Lord’s Resistance Army (LRA) attack on the Lukodi camp for internally displaced people (IDP) told the International Criminal Court (ICC) that government soldiers assigned to protect them fled when rebels attacked the camp.

Witness P-024 told the court on Friday that Ugandan army soldiers ran away when they saw they were outnumbered by the rebels attacking Lukodi in May 2004. The witness spoke about the reaction of government soldiers in Lukodi while answering questions from Abigail Bridgman, a lawyer defending Dominic Ongwen.

Ongwen, a former commander of the LRA, is on trial for his alleged role in attacks between 2003 and 2004 on four IDP camps in northern Uganda, including Lukodi. The other three camps he is charged with being involved in their attack are Abok, Odek, and Pajule. The IDP camps no longer exist, and the LRA ceased attacks in northern Uganda in 2006. Ongwen faces a total of 70 counts of war crimes and crimes against humanity.

On Friday, Bridgman began her line of questioning about the reaction of government soldiers to the attack on Lukodi by reading to Witness P-024 a section of her February 2005 statement to prosecution investigators. In that statement, the witness told investigators that the rebels were as many as 100, and the government soldiers saw they were outnumbered and ran away.

“Is this what you saw or do you not remember?” asked Bridgman.

“So, the government soldiers just ran away? They did not try to protect the civilians?” continued Bridgman.

“Yes, because they [the LRA fighters] had already entered inside [the camp],” the witness said.

In her testimony on Thursday, Witness P-024 said there were about 30 government soldiers guarding the camp from the LRA. In response to a question Bridgman asked her on Friday, the witness explained she knew the number of government soldiers at the camp because the soldiers talked about this during regular meetings they held with camp residents.

The witness also said that a Ugandan military helicopter gunship flew near the camp shortly after the attack, but government soldiers did not immediately pursue the rebels. She said government soldiers only pursued the rebels the following morning. She told the court she cannot remember whether the gunship fired at anyone because there was chaos everywhere.

Bridgman asked Witness P-024 about the security situation at the camp before the attack. The witness said there used to be more government soldiers, and they could farm without fearing attacks from the LRA. At the time when the number of government soldiers deployed to Lukodi started reducing, LRA fighters would go and take produce from their farms, but they did not enter the camp.

“So, despite those small disturbances that you have testified to, the number of soldiers was reduced?” asked Bridgman.

Bridgman also asked the witness what she knew of the LRA commander who was involved in the attack.

“So, Madam Witness from what you have just told us, you did not meet any of the rebel commanders from your short captivity, correct?” asked Bridgman.

“Yes, I did not meet them,” replied the witness.

“Did you ever get to hear about who the commander of the attack was?” Bridgman continued.

“Me? I was in Gulu. I did not know. I heard it was the rebels. I heard it was lakwena. If people see the rebels, they say lakwena is there,” the witness answered, using one of the Acholi by which LRA fighters were identified by.

Sometime later, Bridgman asked whether Uganda police or military questioned her about the attack.

“Do you recall ever being interviewed by the police or government soldiers while you were in hospital?” asked Bridgman.

Bridgman then asked the witness questions, such as whether the government offered any compensation to Lukodi residents for the attack or if she knew whether children who had been abducted during the attack had returned. Witness P-024’s answers to each line of questioning was that she did not know anything. Bridgman then told the court that she did not have any further questions for the witness.

Presiding Judge Bertram Schmitt thanked the witness for testifying and wished her safe travel, noting, “You have taken upon yourself the enormous burden of leaving your country and your family to come to this courtroom, which must be for you an alien environment.” 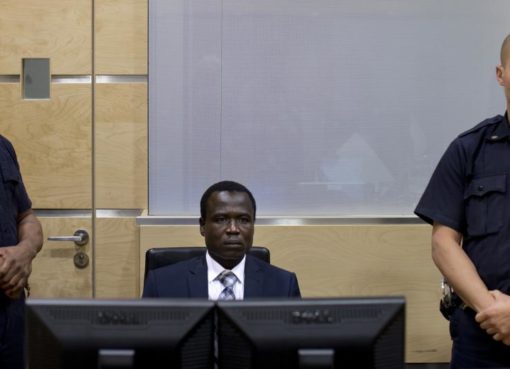 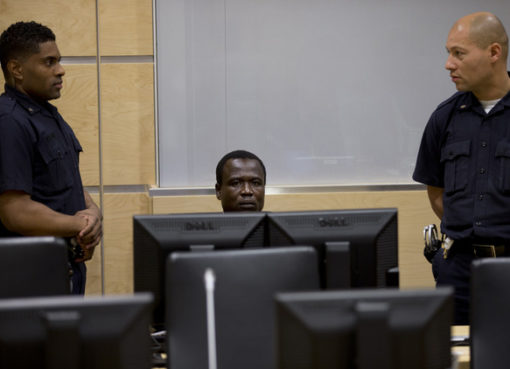 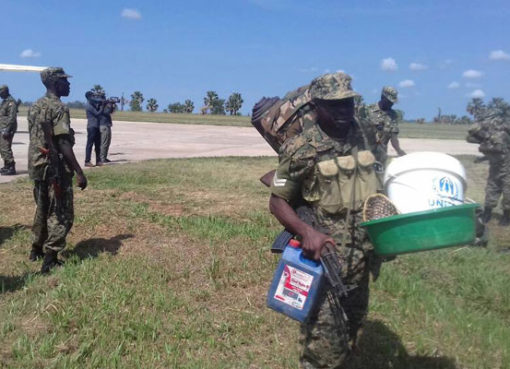