Kenyan President Uhuru Kenyatta last night took an early lead with more than half the votes counted, as challenger Raila Odinga disputed the results being released by the Independent Electoral and Boundaries Commission.

At around 3:00am, President Kenyatta was leading with just over six million votes to Mr Odinga’s 5 million.

That totalled to some 11.4 million votes out of 19.6 million registered voters, giving Mr Kenyatta 55 per cent and Mr Odinga 44 per cent of the votes cast.

Addressing a press conference after a meeting with the electoral commissioners at the National Tallying Centre at the Bomas of Kenya, Nasa campaign managers Musalia Mudavadi and James Orengo complained that the results being released on the IEBC Online portal were a ‘fraud’ because they were not accompanied by copies of the original result forms from the 34 ‘A’ and 34 ‘B’ from the polling stations and the constituency tallying centres.

Kenya’s First Lady Lines Up for Four Hours to Vote 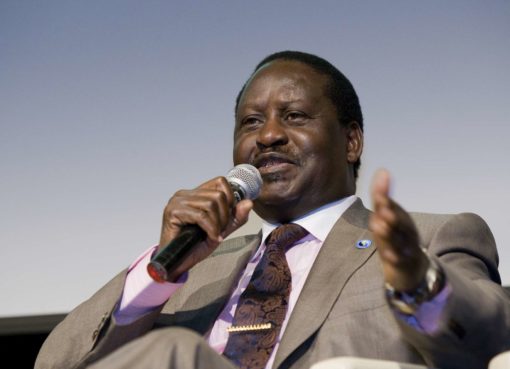