Museveni, who took power in 1986, will be ineligible for reelection after his current term if article 102b of Uganda’s Constitution is not deleted to remove the upper age limit that bars anyone to stand for president as long as one is above the age of 75.

Born in 1944, Museveni will be over 75 and therefore not eligible to extend his then 35-year old rule when Uganda next goes to the polls in 2021.

But a different groups including NRM activists, MPs aligned to Museveni’s party and youth have come up to help push for the removal of the age limit.

One such group is the Kick Age Limitations Out of the Constitution (Kaloc), a youth group led by leaders from the NRM Youth League and the National Youth Council (NYC). Top leaders include: muslim cleric and Kabale NRM youth league chairman Kassim Kamugisha, and NYC secretary general and NRM youth League Vice chairman for Buganda Ibrahim Kitatta. The other top leaders are NYC and NRM youth league publicity secretary Samuel Odong.

So far, the group has held campaigns in the municipalities of Lira, Soroti, Mbale and Kabale, with a launch being held in the latter.

But before they can continue, the group, working closely with the NRM secretariat, now seeks Shs 10bn for their nationwide activities.

Kaloc leaders say they have started a fundraising campaign to collect over Shs 10bn from well wishers – not necessarily Museveni and NRM activists.

The Tower Post understands that Kaloc met NRM leaders before kicking off their nationwide tours in Kabale, Lira, Soroti and Mbale.

It however remains unclear if it is the NRM funding the campaign.

For now, the group will not disclose the source of their funding, but their campaigns appear well-facilitated and so well-secured by Uganda Police.

VIDEO: Big Fight As Bobi Wine, Sewanyana Are Forcefully Evicted Out of Parliament

Otafiire: Presidential Age Limit Not God’s Commandment, we can amend it 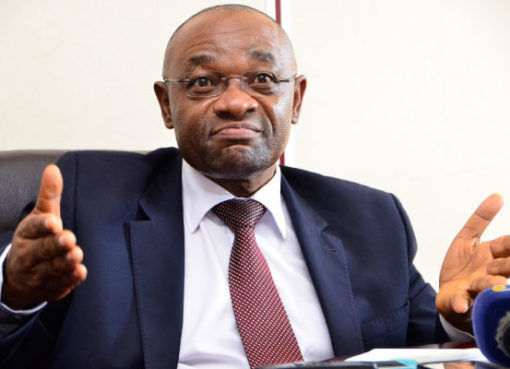