Reporters and broadcasters in Uganda have protested ban on live broadcasting and the harassment of journalists covering the controversial age limit removal motion that seeks to make three-decade president Yoweri Museveni rule for life.

There has been chaos thrice inside Parliament in the past two weeks, with sittings suspended twice and 24 MPs opposed to the lifting the age limit clause suspended.

If article 102b that provides for the upper age limit of 75 years is deleted, Museveni could possibly hang onto power, given that elections in the third world country remain largely disputed.

When UCC banned live coverage, it said the media reports could incite the population into violence.

On September 29, three days after the UCC ban on live broadcasts National Association of Broadcasters (NAB) Chairman Kin Kariisa wrote to UCC: ““We believe that impugned broadcasts were largely those of the events in Parliament over the last two weeks but NAB respectfully disagrees with this position.”

“It is our view that the messenger should not bear the brunt of any such factual message for which the public has a right to see and hear. We are yet to see (and we welcome the same) evidence of incitement, as alleged, arising from these live broadcasts, with an introspective view of the other mediums to which the public is exposed where violence is a staple feature for example films, TV programmes, stage plays, etc,” Kariisa’s letter further read.

On Monday, a group of 230 practicing journalists under their umbrella body ‘Uganda Press Freedom Network’ issued a statement in condemnation of attacks on reporters and media houses.

“We roundly condemn and reject its futile attempts to suppress press freedom that it has now made a habit of. The Commission, more than anybody else, should be at the forefront of protecting and promoting the rights of journalists and media houses in Uganda to operate freely. This is important if for nothing else to fulfil its promise of providing communication for all, which inevitably includes the views they might disagree with for political or other reasons,” read the statement in part.

Over the last several weeks, as agitation over the presidential age limits has seized public debate, Ugandan journalists and media houses have been unfortunate victims of overzealous security personnel keen to stifle particularly the voices of Ugandan citizens opposed to the removal of the age limits.

Some journalists were arrested while they diligently went about their work, and three of them spent a night in a police cell in Lira, while others had their equipment confiscated and only returned to them in the evening. Others were caught up in scuffles with security operatives who wanted to confiscate their equipment, particularly cameras. We insist that practising journalism in Uganda is not a crime.

The cocktail of security agencies involved in suffocating people’s inalienable rights to hold opinions of their choice and to freely express and disseminate them has, regrettably, been helped by no less an institution than the Uganda Communications Commission (UCC), which promises in its tagline to provide “Communication For All”.

On September 26, 2017, UCC ordered broadcasters, especially television stations, “to immediately stop and refrain from broadcasting live feeds” of ongoing debates in Parliament over the age limits that wound up in fistfights. The Commission claimed such broadcasts were in contravention of Section 31 of the Uganda Communications Act, 2013.

Reference to the law not only reveals a gross misreading of it, especially in relation to live broadcasts. More importantly, it demonstrates an erroneous pattern UCC has absorbed itself in. It is the accuser, prosecutor, judge and executioner of media work the Commission and its appointing authority disapprove of not because it contravenes any law but has been adjudged as unpalatable to those who wield state power.

In the days after issuing its order, UCC in cahoots with security persons have followed up radio and television stations and their journalists with calls, threatening and warning them against hosting individuals, particularly Members of Parliament, who hold opposing views to the government.

As a group of 230 practising journalists under the collective Uganda Press Freedom Network, we are dismayed, to say the least, by the conduct of the Commission. We roundly condemn and reject its futile attempts to suppress press freedom that it has now made a habit of.

The Commission, more than anybody else, should be at the forefront of protecting and promoting the rights of journalists and media houses in Uganda to operate freely. This is important if for nothing else to fulfil its promise of providing communication for all, which inevitably includes the views they might disagree with for political or other reasons.

The Commission’s core mandate to regulate minimum broadcasting standards DOES NOT include a misreading and misapplication of the law, or stretching its obligations to determine which persons media houses host or what reports they carry. To continue to do so not only undermine its existence, it damages Uganda’s reputation in the world and undercuts its attractiveness as an investment destination. No business entity worth its name is keen to invest in an environment where misreading and misapplication of the law is the norm, as the Commission continually demonstrates.

The Commission ought to know by now that a free press is the cornerstone of a prosperous democracy, which Uganda aspires to and the ruling NRM government has always touted among its signature achievements in its three decades in power to date. A thriving democracy, needless to say, is critical to the nation’s social, economic and political prosperity.

We therefore call upon the Commission to immediately review its conduct and desist from any actions that undercut the media sector that it is set up to promote.

To do otherwise is self-defeating at all levels.

We also want to challenge editors, news executives and indeed media owners who interface directly with these most unfortunate demands and actions by UCC and its partners to take a firmer stand in defence of a free press. Their failure to push back strongly against these erroneous directives has a direct effect on our credibility before the public we elect ourselves to inform and educate. Defend your reporters before they are too weak to defend you! 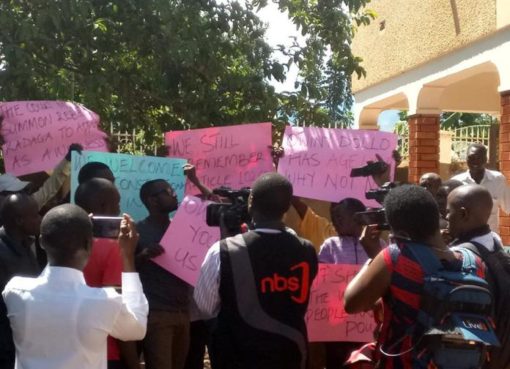 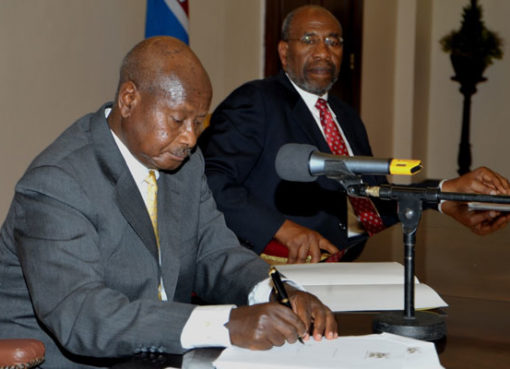