Rugby national teams from nine countries have arrived in Kampala for this year’s Rugby Africa Mens’ 7s tournament that is set to take place at Legends Rugby Club on Friday and Saturday.

Powered by Guinness, the Rugby Africa Mens’ 7s tournament is the annual sevens rugby tournament organized by the African governing body, ‘Rugby Africa’ that draws together the top playing nations in Africa. The Uganda National 7s Rugby Cranes are the defending champions and will be seeking to retain their trophy on home grounds.

The teams that will be playing in this year’s tournament are; Uganda, Madagascar, Zimbabwe, Senegal, Namibia, Zambia, Morocco, Tunisia, Botswana and Ghana.

Speaking to the tournament director and the CEO of Uganda Rugby, Ramsey Olinga, he said; “The tournament is important to Uganda because the top two teams in the tournament will qualify for the Rugby World Cup to take place in San Francisco in July 2018. In addition to this, the top placed Commonwealth Country will qualify for the Commonwealth games in Gold Coast in April 2018. The winner of the Africa 7s also qualifies to play in the HSBC World Sevens series tournaments in Dubai, Cape Town and Hong Kong. The Rugby Cranes are ready to play and defend their trophy.”

Guinness came into partnership with the Uganda Rugby Union and took on the sponsorship of the Uganda National Sevens team by contributing UGX 200 million to the development of the team and sport. Of the contribution, UGX 100 million was contributed in cash. The renewed partnership is running for the next three years.

Commenting on the upcoming two-day tournament, Estella Muzito the Uganda Breweries Limited Head of Beers said; “Fans should expect very exciting rugby. One of the best Rugby they have ever seen in Uganda. It is also a chance for the home fans to watch the Africa Champions on home turf for the first time. As Guinness we have plenty prepared for them and we shall be treating giving them a worthwhile experience.”

“Guinness will continue being involved in the development of sports in Uganda. Our efforts continue to bring success to the rugby industry as our partnership with the Uganda Rugby Union grows stronger.” She added. 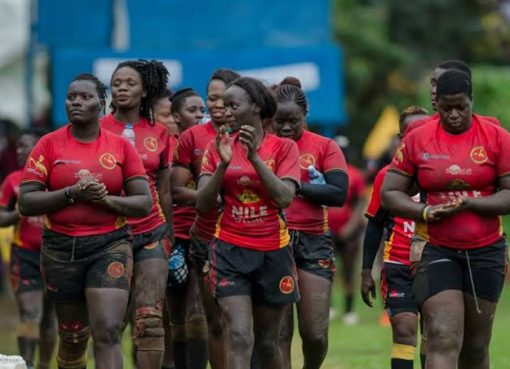