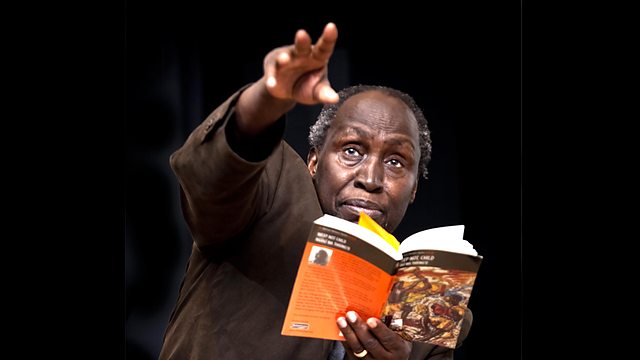 On the day the Nobel Committee was to announce the winner of the Literature prize in 2010, I sat at our home in Limuru with two journalists from Spain, watching the live streaming of the announcement. My father, Ngugi wa Thiong’o, was considered by many bookies to be the favourite to win the prize.

The journalists fidgeted, sighed and scratched their heads. Eventually, when the announcement came, the prize went to Mario Vargas Llosa of Peru. The journalists were so heartbroken that I found myself in the awkward position of comforting them for my own father’s loss.

“Next time,” I said to them. They waved despondently at me and left.

Later that day, I thought back to that moment. The journalists wanted to witness literary history, surrounded by the ridges which had inspired Ngugi, and in the presence, as it were, of the history of love and violence narrated in his childhood memoir, Dreams in a Time of War.

It was, I imagined, akin to waiting for the Nobel Prize to be awarded to Gabriel Garcia Marquez while in Aracataca, his childhood village, and the model for the fictional village of Macondo.

Perhaps because it was my father, I was a little less conscious of this confluence of history, memory, myth and literary imagination.

I just wanted my father to win because he loved good stories — writing or reading them, and perhaps as equally, narrating or listening to them. As children, we would troop to his bedroom early in the morning, and cajole him to tell us a story. He would narrate an episode from the colourful adventures of Mwangi Cowboy.

A latter day Sherlock Holmes, Mwangi Cowboy faced adversity with cunning, and a bemused nonchalance. In one episode, he is cornered by two police officers. He lifts up his hands in a gesture of surrender.

The policemen approach cautiously from opposite directions, guns trained on their quarry. Suddenly, Mwangi Cowboy feigns to one side and dives to the ground.

Shots go off, and the poor cops inadvertently shoot each other. Mwangi Cowboy stands up, brushes dirt from his clothes and, whistling a favourite tune (here my father would mimic this performance), walks leisurely away from the scene. We only realised later in life that he improvised the stories as he went along.

When we, the older children, outgrew the Mwangi Cowboy stories, we would still invade his bedroom or study to hear him read from abridged versions of Oliver Twist or Treasure Island, enjoying both the story and the diction of his deep morning voice as he read from our favourite passages: “Fifteen-men- on-a-dead-man’s-chest, yo-ho-ho-and-a-bottle-of-rum”.

But the legend of Mwangi Cowboy lived on, our places now taken over by Mukoma and Wanjiku, and much later, Njoki.

Soon, I graduated to reading the Heinemann African Writers series. I was happy to be in this world in which pursuits were simple, morality straightforward, where the villain had no redeeming features.

I was captivated by the wisdom-drenched speeches of the elders. I fell in love with the nymph-like daughters of chiefs, and the goddess-like village maidens going to draw water from the river. But as I grew older, this simple world no longer matched mine. I tired of the idyllic presentation of traditional culture, hiding its many backward and oppressive aspects.

In the world I inhabited, people and situations were multi-layered, my attitudes towards them conflicted. In my world, meaning could be fleeting, morality often equivocal, and love both pleasurable and painful. And the water from the river could be contaminated. So I began to search for a literary world that spoke to mine.

I found such a world in A Grain of Wheat. To mark the 50th anniversary of the publication of Weep Not, Child, I wrote an article about why A Grain of Wheat, set in a historical and cultural period removed from mine, could still speak powerfully to me and my generation.

I wrote: “The characters are double-hearted.

Mugo, the anti-hero, exemplifies the complexity of self that Salman Rushdie spoke of: A self which, depending on the situation, could be brave or cowardly, loyal or treacherous.

Mugo searches for personal meaning through hard work, but discovers — to his anguish — that history and society keep intruding, drawing him to commitments he does not want to make, invoking pasts he would rather forget.
Indeed, all the characters are on a quest for inner peace.

Gikonyo is tormented by love and betrayal, and tries to forget both by immersing himself in business but learns that the aches of the heart are not so easily buried. Mumbi tries to find her peace by unburdening her heart to her husband, Gikonyo, but finds that the past stands in the way. Even District Commissioner Thompson is, in the end, a lone tragic figure, cuckolded by both wife and Empire… The novel transcends its themes.”

In my father’s next novel, Petals of Blood, he continues to employ flashbacks, psychoanalysis of characters and a narrative style based on multiple subplots. The character of Munira is a tormented soul, half heroic, half tragic, determined to prove himself to his father and battling hopelessly to conquer the treacherous desires of the flesh.

In Petals of Blood, the authorial vision, sometimes expressed through commentary by the author and other times by the character of Karega, is informed by a Marxist consciousness. It is a consciousness that would become even more intrusive and obtrusive in Matigari and Devil on the Cross.
My father liked the story of Mukoma’s armour. He had gone into exile, and Mukoma, then about 11 years old, decided to never be caught unprepared by marauding machete-wielding gangs, then terrorising Limuru at night.

One evening as we sat by the fireplace, we heard a terrible rattling noise approaching from an inner room. Then the apparition that was the cause of this cacophony came into full view.

Mukoma had fashioned a full body armour from pieces of rusting tin, with an old flaking tin plate serving as a helmet. In his hand, he held a stick with a tin-plated sharp end.

To demonstrate how the contraption would be employed in battle, he lunged forward, one arm held up above his head to ward off a potential blow while stabbing vigorously with his ‘lance’.

Pieces of the armour fell to the ground, and the ‘helmet’ slipped from his head and covered his face, describing someone licking gravy off his plate.

It was an ignominious end to the demonstration. The knight in rusting armour retreated to the inner room, bravely ignoring — as is expected of those who carry on the valiant tradition of Don Quixote — the rambunctious laughter from the audience, which included my mother.

My father liked, too, the story of the tribulations that beset my brother Nducu’s marriage proposal. A romantic at heart, Nducu had taken his girlfriend for a walk in the idyllic fields of Amish country. The vistas of green fields stretched endlessly, interrupted by stiles, grazing sheep and church spires. Inspired by this scenery, Nducu got on one knee and began declaring his love and devotion. But he had not reckoned with the time of year, and it began to snow.

Soon, his dreadlocks, face and clothes were covered with snow. From the vantage point of his prospective fiancée, it looked like the Biblical Methusela or a snowman was proposing to her. Controlling her mirth — with equivocal results — she managed to verbalise her consent.

‘Methusela’ got up, dusted off the snow from his head and clothes, and, as if he had drunk from the fountain of youth, regained his youthfulness.

This year, Ngugi was once again a favourite to win the prize. However, it went to British author Kazuo Ishiguro. There was a collective sigh of disappointment on social media. But I’m sure that my father would say to those who were disappointed,

“Perhaps next time,” all the while looking forward with enthusiasm to reading or writing a story, or telling or listening to one.

Tee Ngugi is Ngugi-wa-Thiong’o’s son, an author and commentator