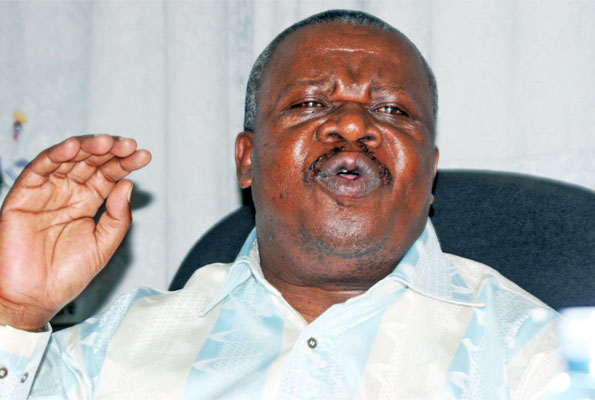 In the meeting at the office of the prime minister in the capital Kampala, eight “Rebel” NRM MPs opposed to age limit removal were ejected.

Otafiire was chief guest at a ceremony organized by former Igara East MP Michael Mawanda to celebrate a recent victory in an election petition against Andrew Martial.

Otafiire, a comrade of Museveni in the 1980-86 liberation war that brought NRA/M into power, told Mawanda’s supporters gathered at Kyeizooba playground in the western Uganda district of Bushenyi at the weekend that there were reports of some Ugandans who had threatened to wage war if the age limit was removed.

Otafiire was reportedly heckled but he further emphasized that blood was shed to bring Museveni to power and none would lock him out of State House because of age.

The minister also rallied the people of Igara West to vote Mawanda instead of Martial.