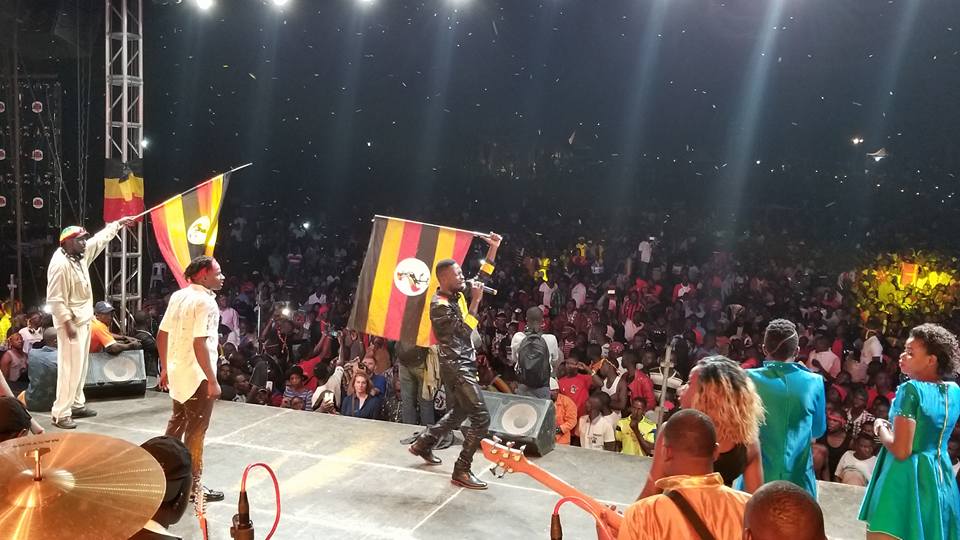 Popular Ugandan musician and Kyadondo East MP Robert Kyagulanyi Ssentamu better known by his stage name Bobi Wine put up yet another sold out show at his 2017 music concert dubbed “Specioza Live Concert”, which was held at his One Love Beach in Busabala on Sunday.

The concert attracted thousands of revelers from all walks of life, who started arriving at the venue as early as mid-day to enjoy life at the musician’s state-of-the-art beach before performances kicked off at sunset.

This was Bobi Wine’s first music concert at One Love Beach ever since he was elected Member of Parliament and attracted more people.

The Fire Base Entertainment singer is among the MPs that are opposed to the lifting of the Presidential Age Limit, which will allow President Museveni to stand for presidency beyond the age of 75, something that has in the recent months made him even more popular not only in Uganda but also abroad.

Besides putting up a great show, Bobi Wine preached a message of patriotism at the concert. He wore anattire with colours of the Uganda flag, while the stage was also decorated with black, yellow and red colours.

Singers like Pallaso, Mikie Wine, Chris Evans and Gravity Omutujju among others also performed at the concert on Sunday.