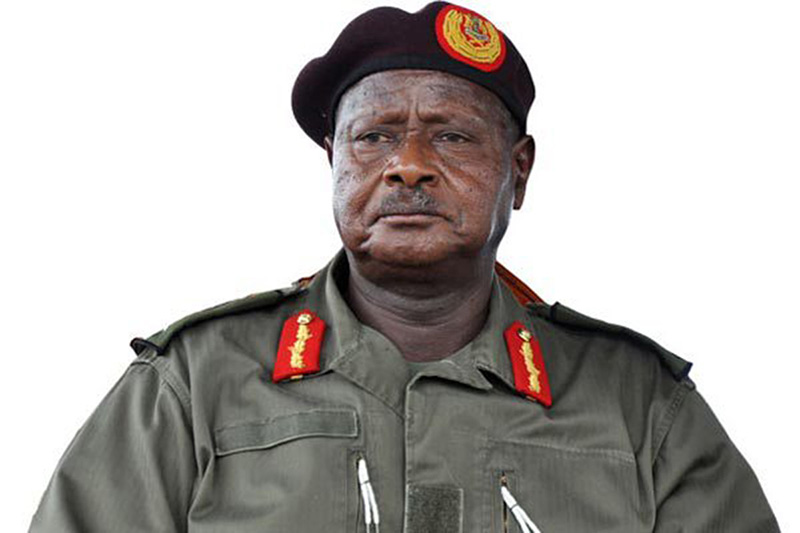 No Ugandan leader has been in power longer than Yoweri Museveni. On 26th February, 2017 he clocked 31 years as President of Uganda. From 1986 to 1996 he ruled as an unelected military conqueror. Yet he had assured citizens that he was only an interim leader who would put Uganda on a democratic path and retire after four years. Since he was head of state and also Speaker of the National Resistance Council, the parliament he started while still a guerilla fighter, he manipulated the legislature to extend his unelected tenure.

He justified his undemocratic hold on power arguing that the country had deep political wounds and the turmoil of an election would only reignite conflict. He operated a dubious system which abhorred political parties. He called that system “The Movement System”.

Meantime he started a long constitution making process. Since he had refused to allow presidential elections in 1989, this process was one of the reasons he gave for his continued one man rule. He also claimed that the war in the north was a threat to national stability which must be resolved before elections.

In the meantime he became a poster boy for the renewed hope that western countries had in the future of Africa.

“Museveni was touted in western capitals as one of a new breed of African leader. Former US President Bill Clinton called him “a beacon of hope” for Africa during his 1998 African tour.”

He became a favourite of the donors. The World Bank and IMF promoted Uganda as a working model for economic recovery. In addition, Museveni’s bold and open policies in confronting the HIV/AIDS epidemic ensured that Uganda saw the long-term danger of AIDS ahead of most African countries that still lived in denial. Museveni was garlanded wherever he went.

But beneath all this shine Uganda’s future as a democracy was under threat due to increased militarism and the deliberate failure to build durable democratic institutions. Moreover an intractable civil war was ravaging the north of the country. Still, Uganda was touted as a peaceful country. The economy was hailed as a model to be emulated by other poor countries. Poverty was said to be declining and Uganda’s Poverty Reduction Strategy Paper (PRSP) was a subject of debate around the world. Criticizing Museveni became increasingly difficult. Museveni was wholeheartedly embraced as a man the West could do business with. The real problems of Uganda , namely lack of democracy, the slow genocide in the north, the alarming rate of corruption, the widening gap between the rich and poor, massive corruption, poor service delivery and the deep ethnic cleavages in the country were swept under the carpet of complicity and indifference.

When Museveni called for elections in 1996 he must have expected a smooth ride but the stiff challenge he faced from a unified opposition startled him. Museveni’s record was challenged by Dr. Paul Ssemogerere, leader of the Democratic Party.

“All Museveni could say was that he was the only one who could control the army and electing anyone else would plunge the country into anarchy. Academics like Ali Mazrui gave the necessary intellectual ammunition. Plan for multipartism. Do not plunge into it, they declared.”

In 2001 again the opposition rallied against Museveni and he had to unleash terror and to rig massively in order to win. This time his main challenger was his former chief political ideologue Col. Kizza Besigye. The parliament carried out an inquiry into the elections and found them to have been characterized by unprecedented violence. The law courts found many irregularities in the entire process. Of the bench of five judges, three said the election outcome was in favour of Museveni, two said the elections were not free and fair and should be repeated. Museveni limped to victory hanging on the lips of three judges. But the people’s verdict was unmistakable: he had overstayed his welcome.

In 2006 the challenge was equally stiff. In subsequent years the challenge became even more intense. Aware of his declining popularity, Museveni has consistently rejected proposals that would guarantee free and fair elections which is actually a constitutional right. Ugandans hope against hope that people power will prevail over militarism as we head towards an uncertain future with flawed electoral processes. Inside his ruling NRM party, the voices of dissent are increasing. Museveni’s erstwhile comrades are deserting him at an alarming rate. The latest defector in 2015 was former Prime Minister Amama Mbabazi who launched a euphoric campaign and quickly became a leading contender for the presidency. The opposition constellation now reads like a who-is-who of the National Resistance Movement. In the next part we continue our exposition.

Norbert Mao is the president-general of the Democratic Party