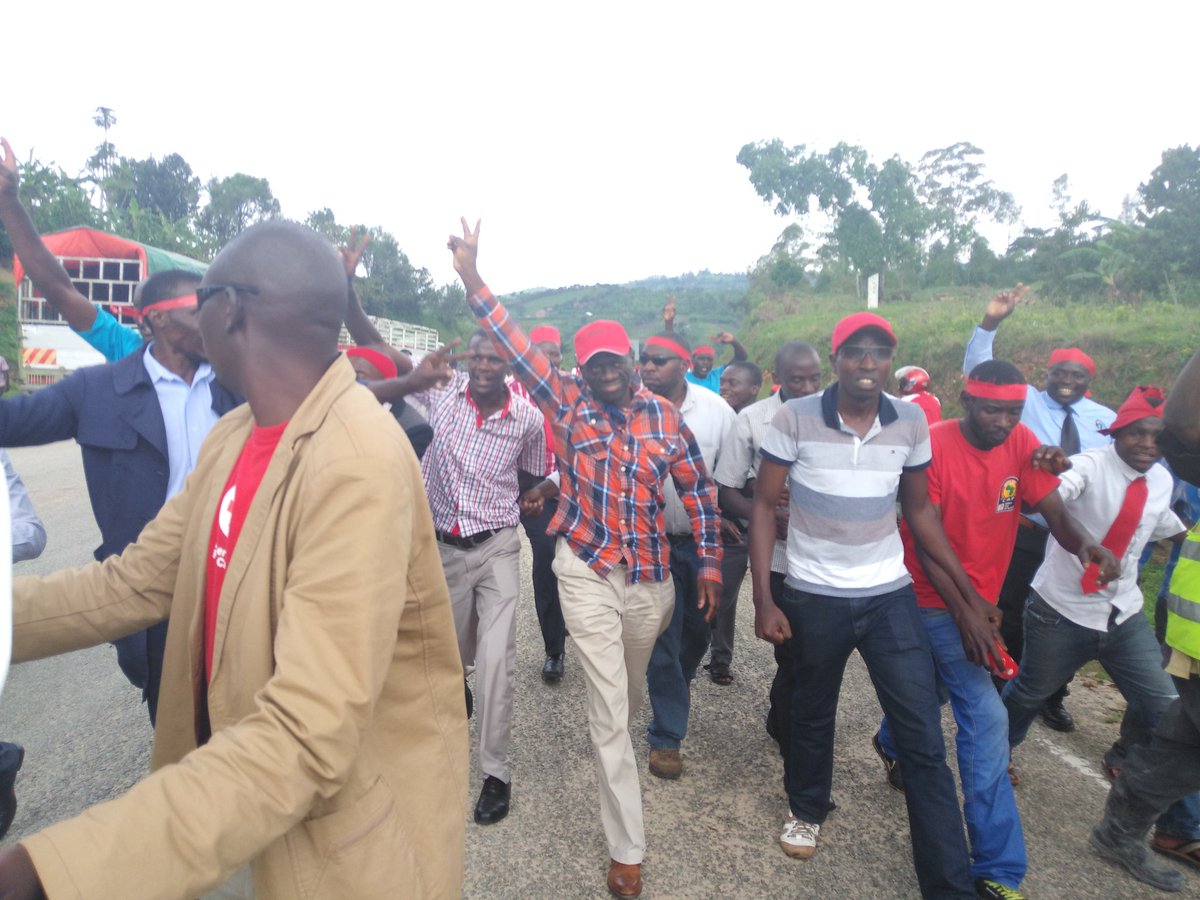 Four-time presidential candidate Dr Kizza Besigye and a big crowd of his supporters have this afternoon overpowered police and moved past a roadblock in an ongoing age limit protest in the area.

Wearing the symbolic ‘Togikwatako’ red headbands, Besigye and his supporters have put business in the western Uganda town of Rukungiri on a standstill.

Besigye recently told reporters at his home in Kasangati, Wakiso district, that he would be resuming walk-to-work protests against lifting of the Age Limit, a motion that seeks to delete article 102b from the constitution to allow President Yoweri Museveni to stand to President beyond the age of 75.

He also urged the elite to leave cars at home at least once a week and use public means of transport to go to work.

By publication time, Besigye and his supporters were still moving on foot in Rukungiri as Police followed them on their truck.

On Monday, he warned that his ruling NRM party were the masters of violence and would mete it out on age limit protests. Museveni also compared the opposition efforts to the act of stupid dogs chasing elephants. 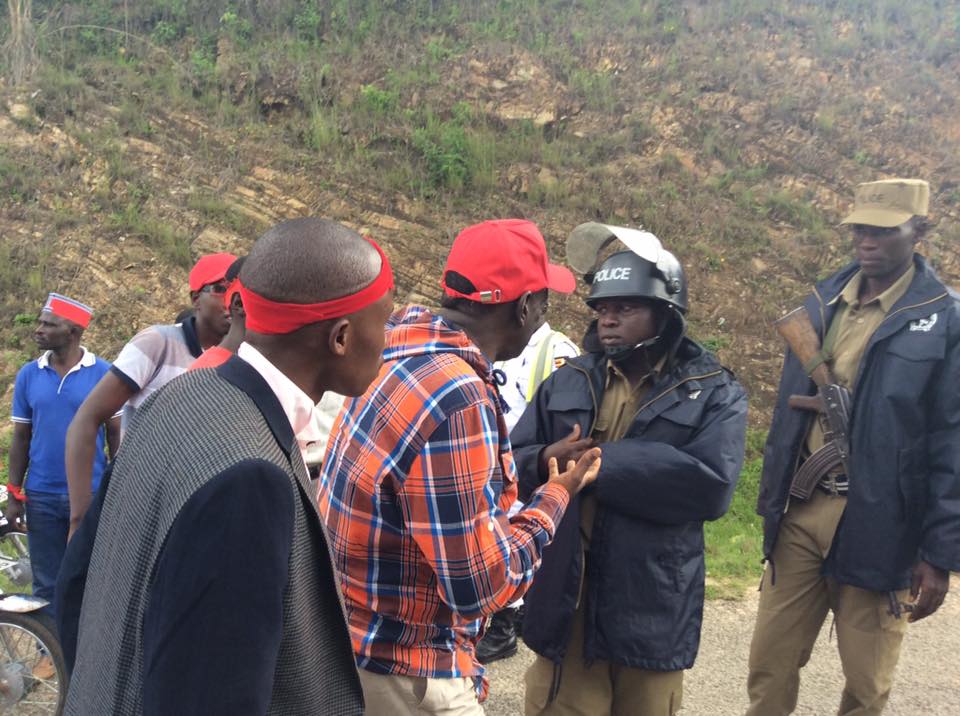