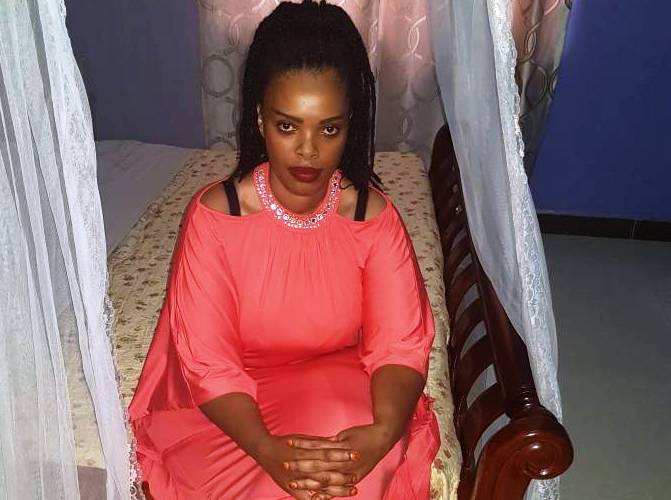 Christine Mbabazi Muhoza, the ex-girlfriend of slain former Police Spokesperson Andrew Felix Kaweesi, has been receiving death threats over an audio tape that reportedly implicates some officers in the force, reports have indicated.

Mbabazi has been at the centre of the supremacy battles between security forces investigating the death of Kaweesi who was gunned down seven months ago outside his home in Kulambiro, Kampala.

At the centre of the battles was Internal Security Organisation (ISO), reportedly seeking to implicate police chief Kale Kayihura.

It has also emerged that an audio tape, reportedly recorded by Kaweesi days before he was assassinated was handed to president Yoweri Museveni whose elite Special Forces Command (SFC) officers have since taken over security at Mbabazi’s home in Lungujja.

Last week, controversial Museveni media advisor Joseph Tamale Mirundi said he had listened to the tape, revealing that it did not implicate Kayihura.

Now reports indicate that death threats have seeped through to Mbabazi’s mobile phone, even amidst the tight security.

The reports indicate that Mbabazi started receiving death threats at the weekend.

“These days I am compelled to switch off my phones because people are calling me while scaring me that I will be killed,” Mbabazi has been quoted as saying.

It is unclear whether the threats are from the three forces jostling to take over the investigation or not.