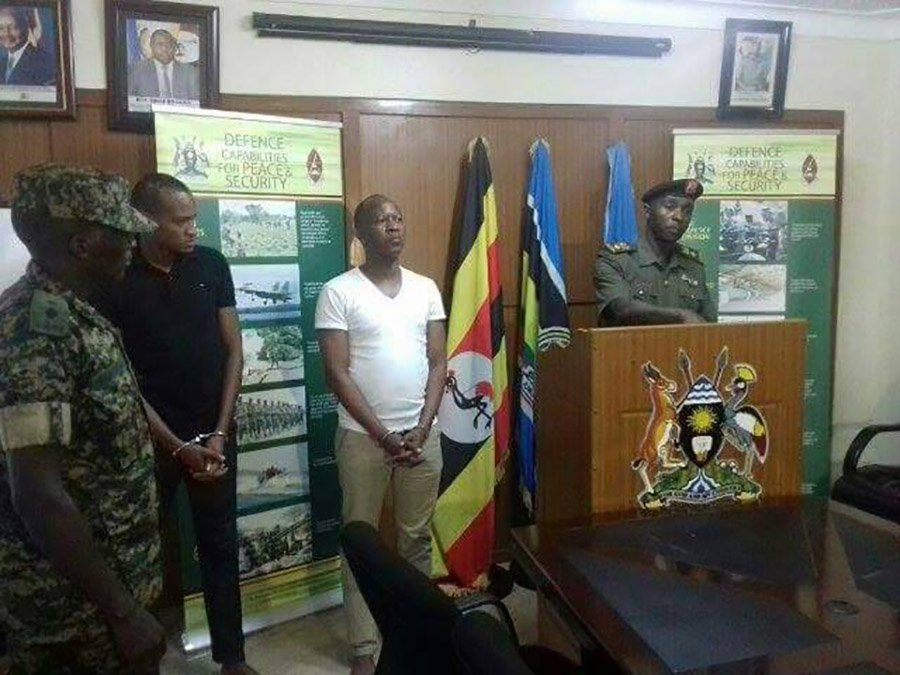 Police has recovered cocaine, marijuana and fake passports in the home of activist Frank Gashumba.

The renowned government critic was arrested on Monday by CMI operatives and detained at Mbuya. On Tuesday, operatives combed his house in Bunga, where they found the items.

CMI on Tuesday morning conducted a search at Gashumba’s home in Kampala.

According to his daughter, Sheila Gashumba, over 10 people armed with guns arrived at their home with her father and started searching the house.

The operatives recovered marijuana, several passports (in the activist’s names) and cocaine from Gashumba’s home.

Gashumba was Tuesday evening paraded before the media.

Gashumba is the executive director of  Sisimuka Uganda, an awareness creation organisation, keen on enlightening Ugandans on social, economic and political woes.

In some circles, Gashumba is believed to be a spy for the Rwandan government.

He is also a businessman — and not devoid of controversy.

He has been arrested before and convicted.

Nine years ago, in 2008, Gashumba was charged, at Buganda Road Court, with obtaining Shs 800,000 by false pretence from Abdul Ssali.

Three years later, in 2011, Gashumba  was convicted for conspiring to defraud DFCU bank.