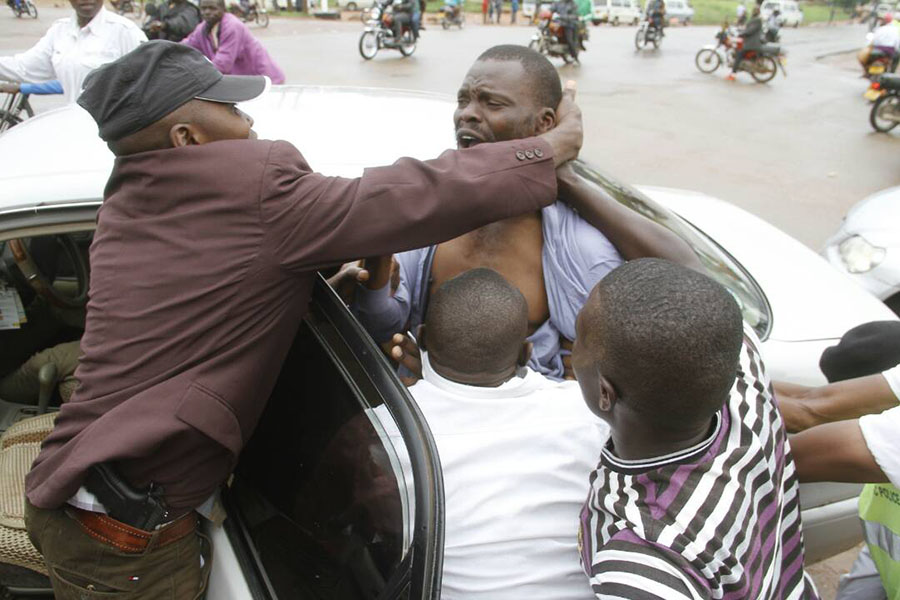 Government has been directed to produce four suspects that were rearrested after court had granted them bail.

The suspects in the murder in March of ex-Uganda Police publicist Andrew Felix Kaweesi were rearrested after being granted bail by Nakawa magistrate’s Court.

Their relatives say they have been missing since then.

The relatives then filed a habeas corpus. They want government to produce their relatives.

The Civil Division of the High Court in Kampala has Wednesday ordered government to produce the rearrested suspects.

This after a representative of the Attorney General, Allan Mukama, told court government was not sure of the suspects’ whereabouts.

“They are not in custody of the Attorney General and is not in the know that him (Attorney General) or his agents arrested and detained them,” said Mukama.

But today, Justice Musota gave government just over a week to produce the suspects.

“The application (by lawyers) has sufficient reasons advanced to warrant grant of orders. The wit habeas corpus should be returnable to court on 30th November 2017 with bodies of applicants for court to inquire into their conditions.”