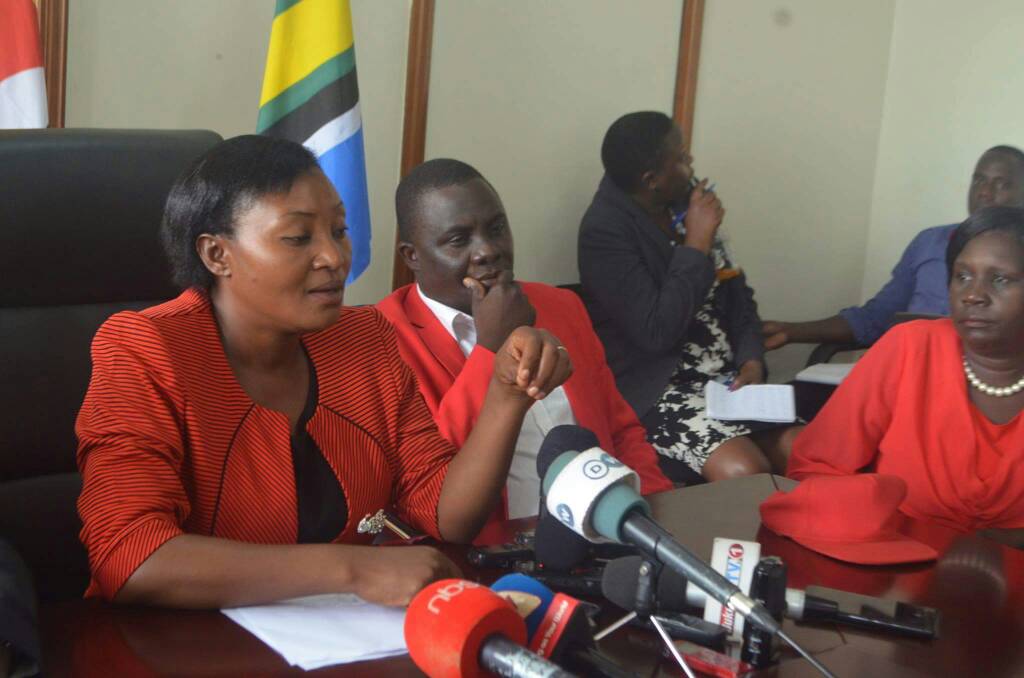 Leader of Opposition in Parliament MP Winnie Kiiza asked that the Suspended MPs be allowed to return to the house or else all the opposition MPs would walk out.

What followed was all opposition MPs walking out of the house.

Meanwhile police officers were already deployed that the entrance of the house and in different positions around Parliament.

Kadaga ordered the MPs not to return to the chambers in the 2:00PM session.