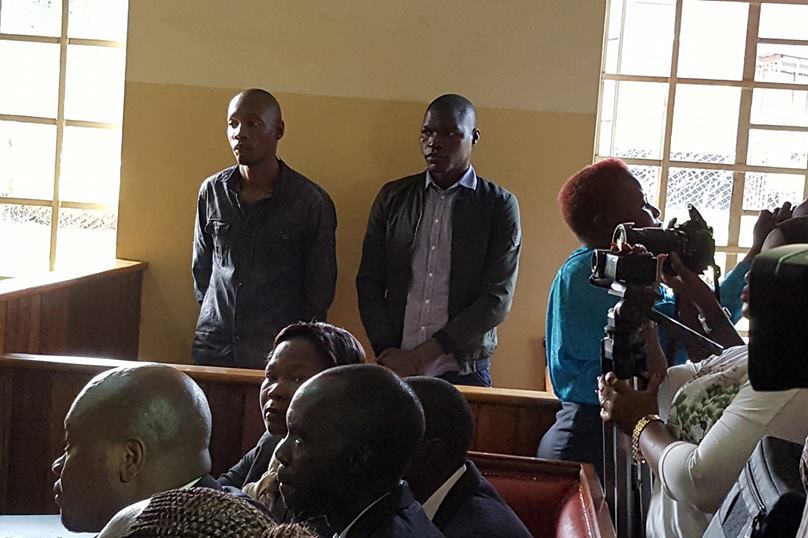 Makindye Chief Magistrate’s court has Tuesday adjourned the hearing of the case involving City Socialite Brian Kirumira aka Bryan White and his guard, a police officer attached to Crime Intelligence identified as Thomas okoth, who were charged with attempted murder.

The socialite and his guard who was granted bail earlier this month, are accused of shooting a one Victor Bitwire in Buziga, Kampala in December 2017.

Bryan White arrived at court at 10:00AM in the company of his co-accused, singers Jose Chameleone and King Michael, and other supporters.

Court adjourned the case hearing to March 5th, 2018 after the victim Bitwire, who was supposed to testify, failed to appear in court.

Court was informed that Bitwire was not feeling well.