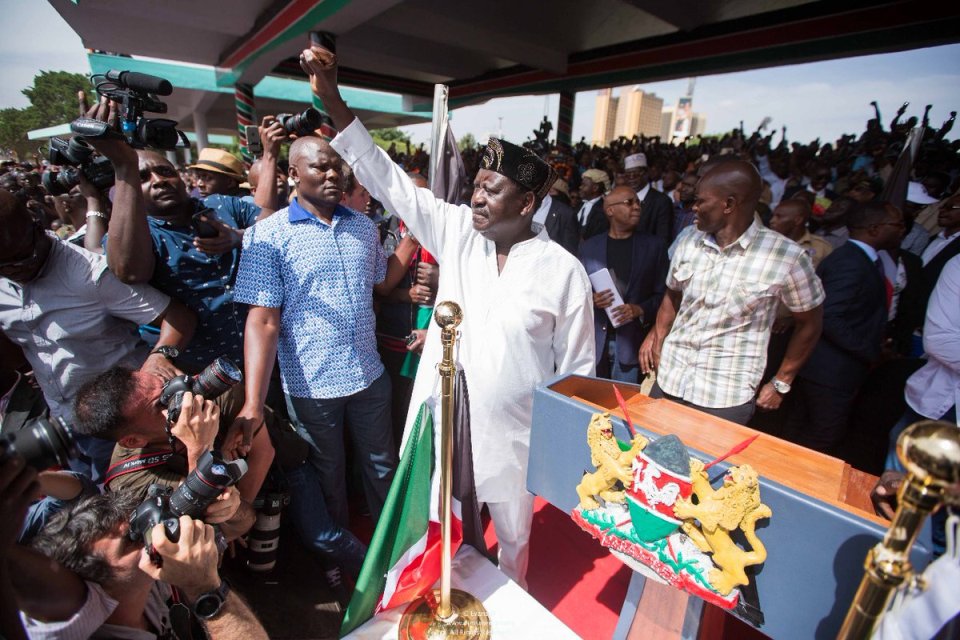 Kenyan Opposition leader Raila Odinga has today (January 30th, 2018) ‘sworn in’ as the ‘People’s President’ of the republic of Kenya at a ceremony at was held at Uhuru Park in Nairobi.

Thousands of National Super Alliance (NASA) supporters flocked the venue to witness the swearing in ceremony as directed by the party leaders.

Raila recited his ‘oath of office’ before supporters while olding a green Bible to his right arm. Also present was his former aid Miguna Miguna and Siaya Senator James Orengo.

“I Raila Amolo Odinga, in full realization of the high calling, assume the office of the People’s President of the Republic of Kenya,” Raila said.

His supposed Deputy Kalonzo Musyoka was not present for the “swearing-in” but Raila says he (Kalonzo) will be sworn at a later date.

“Kalonzo is still with us, he will be sworn in later due to reasons that you will be informed on a later day,” Raila explained.

Earlier police was withdrawn from the venue but the Communications Authority of Kenya switched off NTV Kenya, KTN and Citizen TV stations for covering the event.