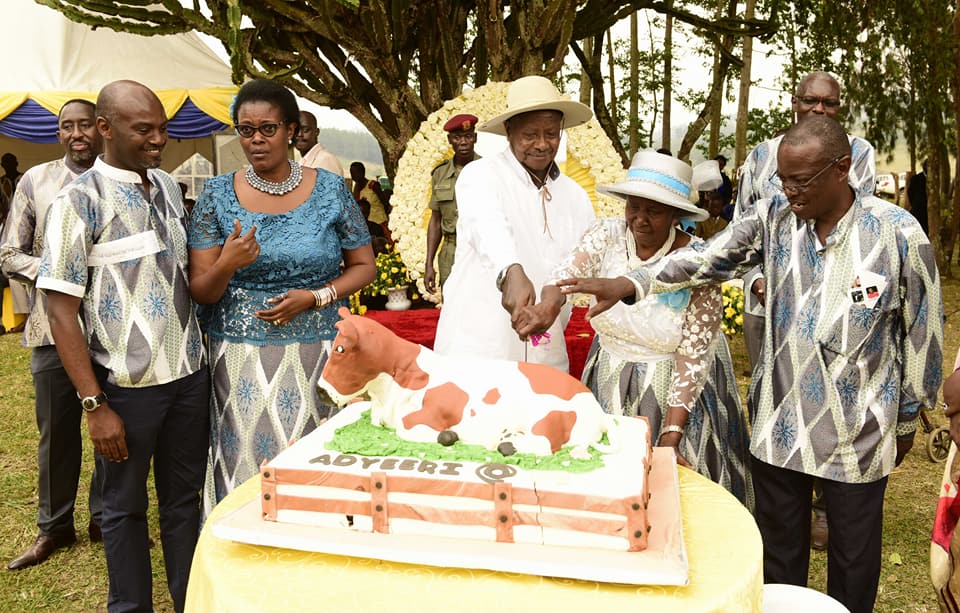 “I attended this celebration because of what Mama Adyeeri has achieved. Not only does she have a good religious background but she has also educated her children, is disciplined and has an economically stable family,” Museveni said.

“Adyeeri and her late husband Phillip have led an exemplary life. They are an inspiration to others on how to attain socio-economic development,” he added.

The function was also attended by Ugandan billionaire Sudhir Rupaleria.

While speaking at the function, Kabakali thanked got for the gift of her life and good health.

She extended her grantitude to President Museveni for supporting her family and also thanked her family members and children for taking care of her.