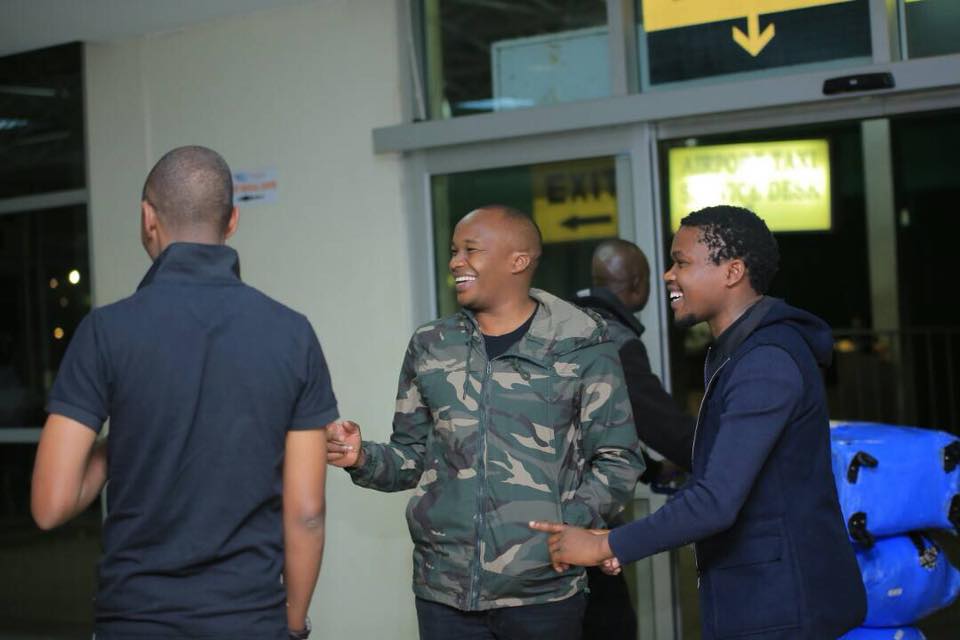 Kenyan Member of Parliament and singer Charles Njagua a.k.a Jaguar has arrived in Uganda for departed musician Mozey Radio’s burial.

Jaguar touched down at Entebbe airport at on Friday night and was welcomed by comedian Alex Muhangi and Kenyan comedian Chipukeezy, who had traveled to Uganda earlier for his performance at Thursday’s Comedy Store Show.

Radio of the GoodLyfe Duo Radio and Weasel died on Thursday morning after being admitted to Case Hospital in Kampala for over a week.

He will be buried at Kaaga, Nakawuka in Wakiso District.

Here are photos of Jaguar’s arrival at Entebbe: 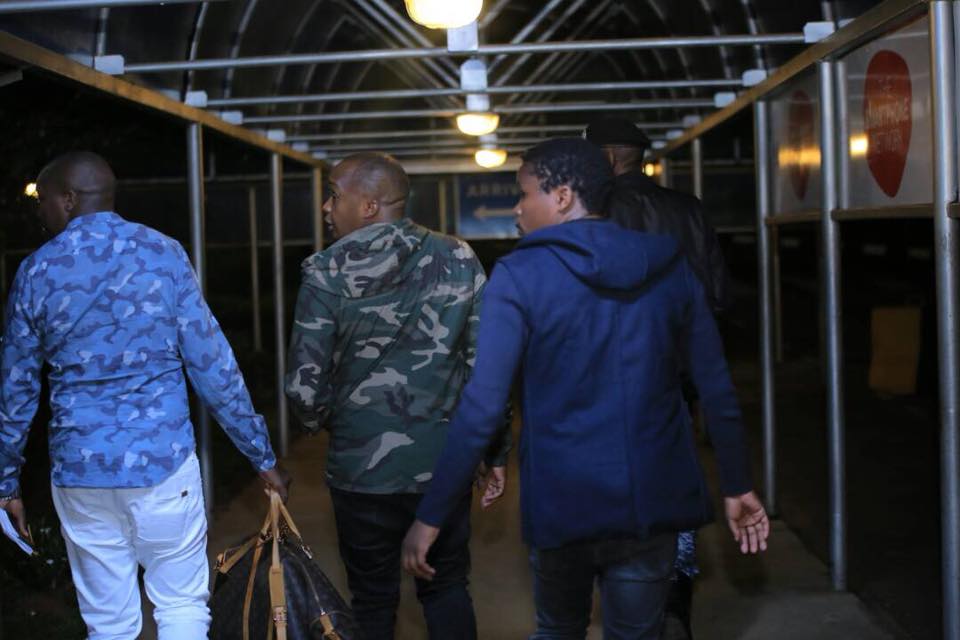 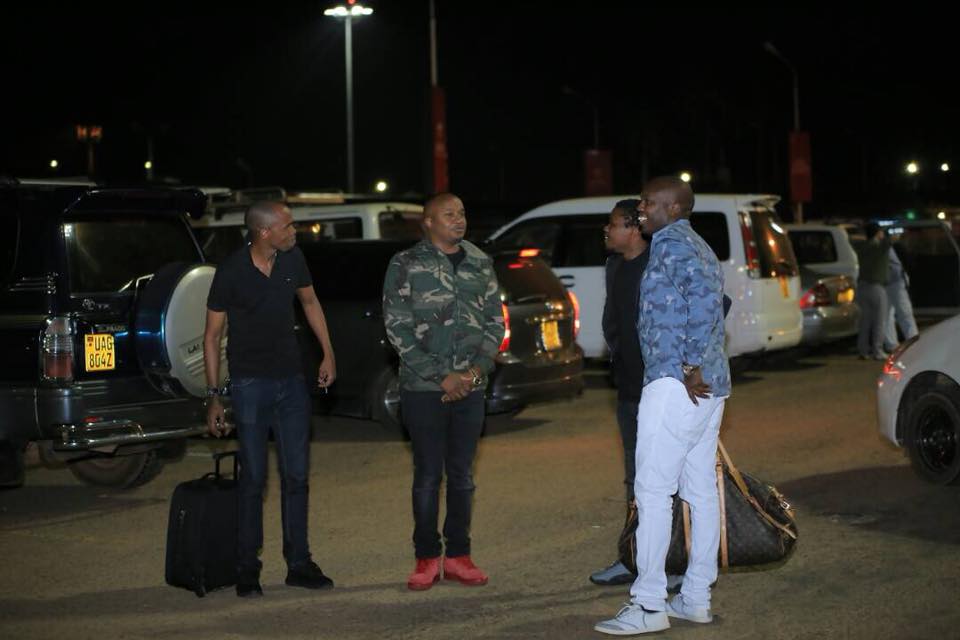 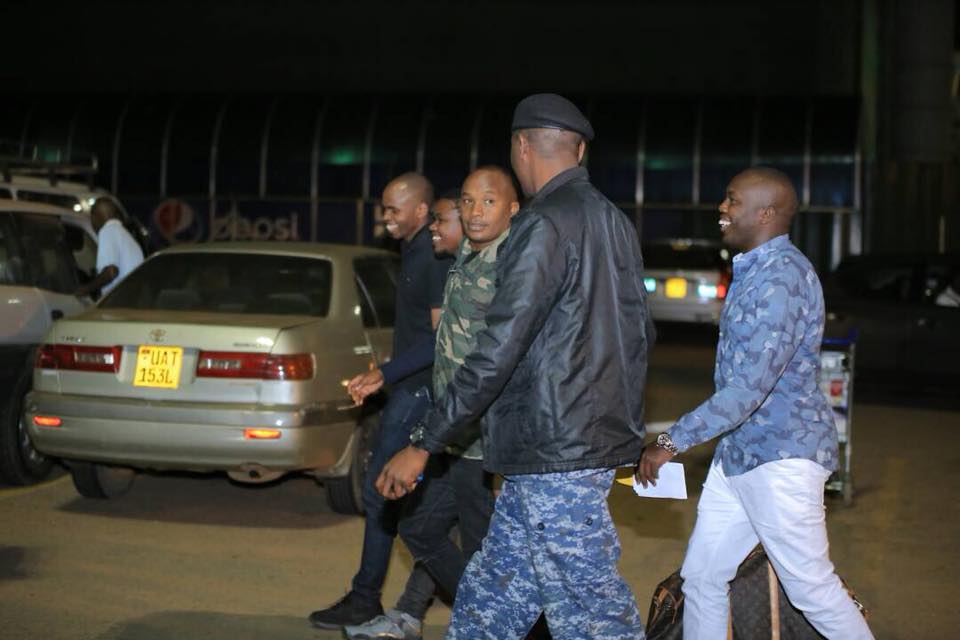