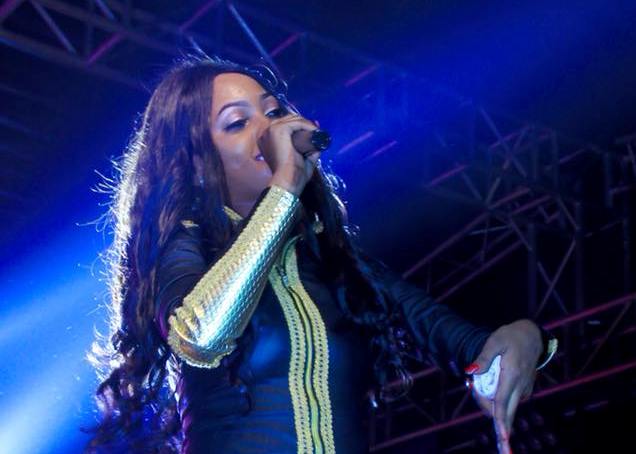 The Club Pilsner sponsored concert dubbed ‘Spice Diana Live Concert’ was attended by a great crowd of revelers, who filled the venue to support the singer.

Spice Diana stepped on stage at around 11:00PM and dressed like an angel, amidst cheers from the crowd.

She would then perform her hit songs live, one after another.

Some of the songs she performed include; “Onsanula”, “Bimpe”, “Njabala” with B2C, “Sitoma”, “Tekinanta”, “Koona”, “Bimpe” and “Anti Kale” among others.

Earlier several musicians including Harunah Mubiru, Roden Y, B2C, Sewa Sewa and Weasel among others had performed at the concert. 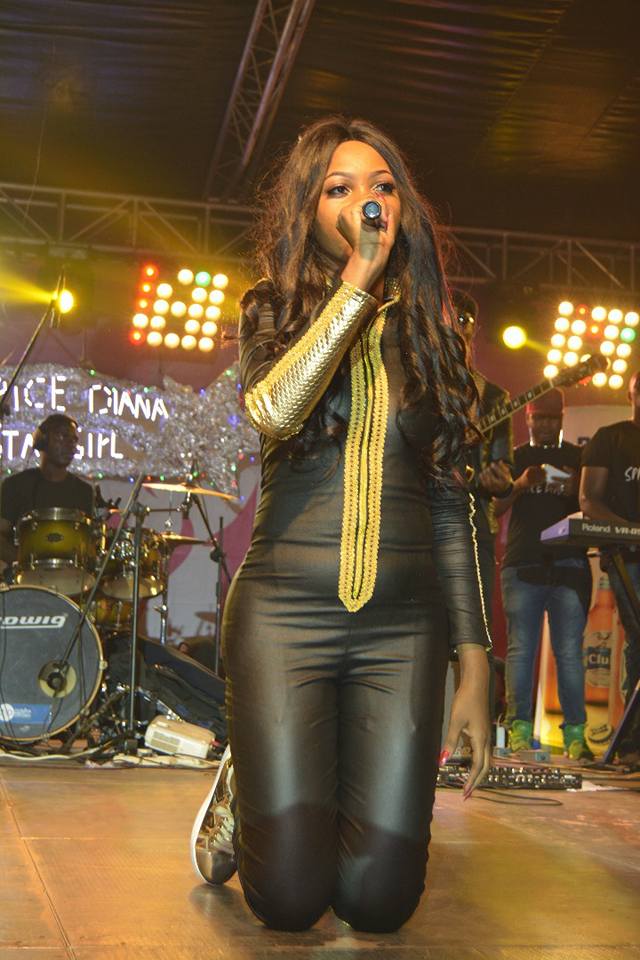 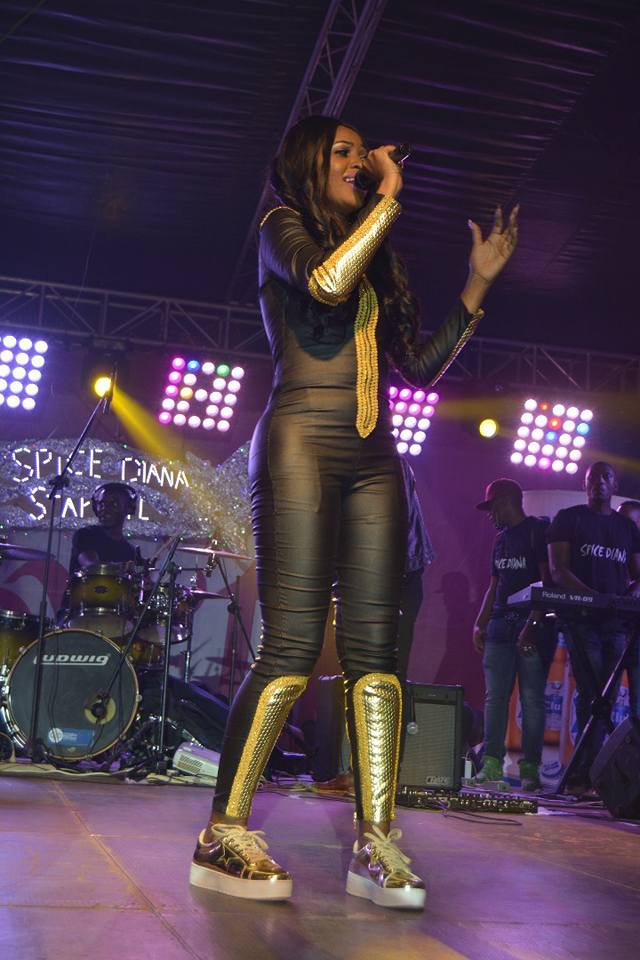