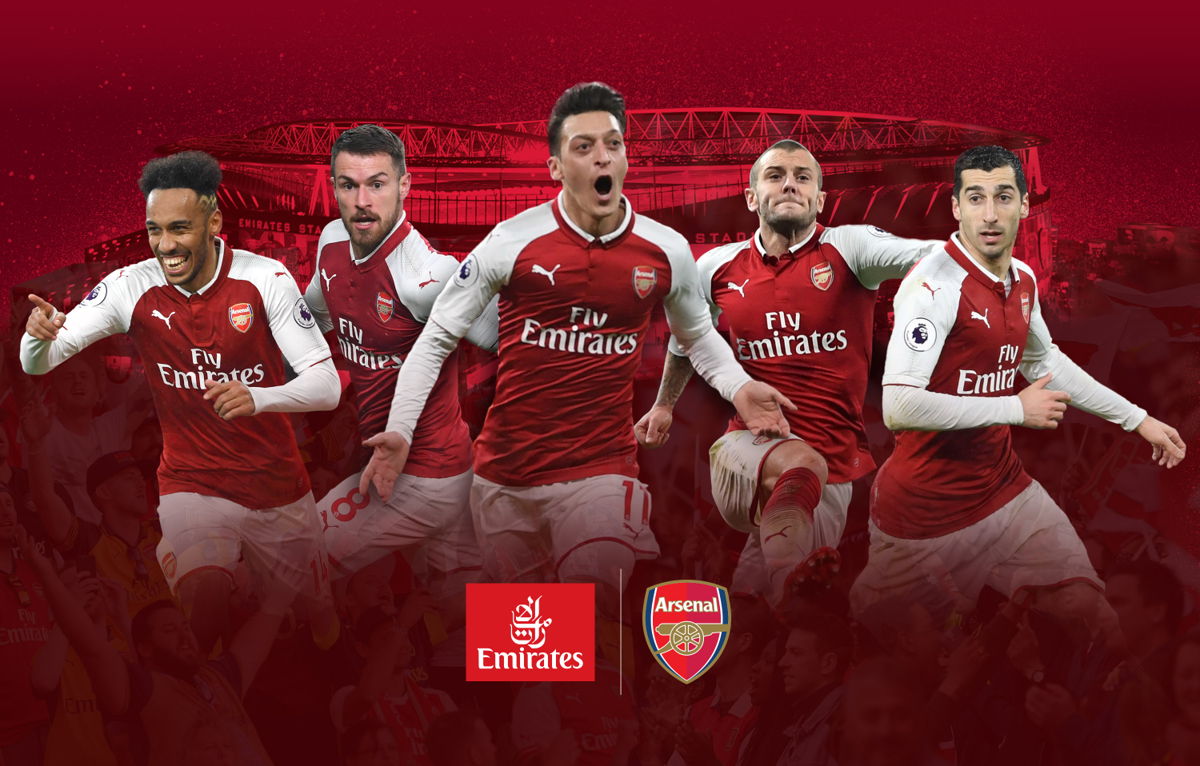 Emirates, the world’s largest international airline, and Arsenal Football Club, have today announced a new sponsorship deal. The sponsorship, the largest ever signed by the club and one of the biggest ever agreed in football, grants the airline a 5-year extension to their shirt partnership with the Club until the end of the 2023-2024 season.

The new sponsorship agreement, strengthens one of the most recognizable and respected partnerships in sport. The agreement was formally finalized today by Arsenal Chief Executive Ivan Gazidis and Emirates President, Sir Tim Clark.

Mr. Gazidis said: “Our shirt partnership is the longest running in the Premier League and one of the longest relationships in world sport.  This mutual commitment is testimony to the strength and depth of our unique relationship. Emirates are again demonstrating their great belief in our approach and ambition and their significantly increased investment will help us continue to compete for trophies and bring more success to the club and our fans around the world.”

“Emirates is a great partner for Arsenal – a world class brand with a truly global reach. The airline plays a significant role in our ambitions to extend our influence and following around the world. The new deal, extending our shirt partnership until 2024, underlines how much both organizations value and benefit from the relationship.”

In addition to being shirt sponsors, with the Emirates brand continuing to appear on Arsenal’s playing and training kits, Emirates will provide access to their award winning planes for Arsenal to use on pre-season tours. Emirates will retain marketing rights to develop campaigns and initiatives around the world. Arsenal’s home will continue to be known as Emirates Stadium up to 2028, as part of the extension agreed in 2012.

Emirates’ shirt partnership began in the 2006/2007 season, and this extension means that Emirates branding will remain on the shirt of all Arsenal teams for at least 18 years.

Emirates President, Sir Tim Clark, said: “Arsenal’s strong appeal and influence around the globe, combined with their ambitions as a Club makes them an ideal partner for Emirates, with values that reflect ours as a brand. As a long-standing supporter of football, we are passionate about the game and are a proud partner to the team.”

“As a business, we are hugely committed to supporting sports all over the world and our relationship with Arsenal is no different. Our partnership with Arsenal Football Club is a great combination of two truly global brands and we’re very pleased to have extended this relationship for five more years – connecting fans from around the world with one of the greatest teams in the world.”

Aside from partnerships with some of the biggest clubs in European football, Emirates is the Official Airline of international sporting events across golf, tennis, rugby, cricket, horse racing and motorsports.