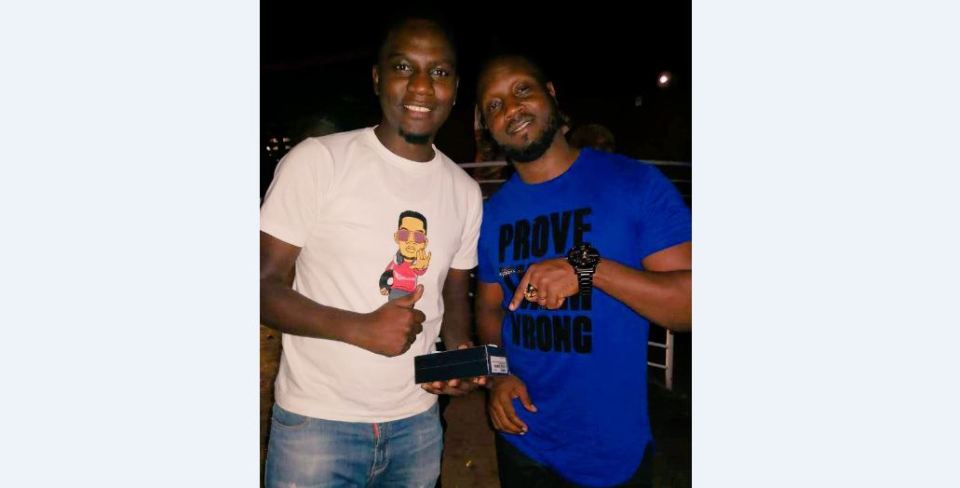 It all started last month when Bebe Cool urged fellow musicians to give back to deejays who play their music in night clubs as well as music shows on TV and radio stations.

DJ Aludah would days later openly beg the Gagamel Entertainment singer to buy him a new iPhone X via Twitter because the one he had was very old and “embarrassing”.

Bebe Cool welcomed the opportunity to “give back to deejays” and assured Aludah that he would buy him the phone.

Another deejay identified as Naselow had asked the musician for a new laptop. We wait to if he will also receive it.