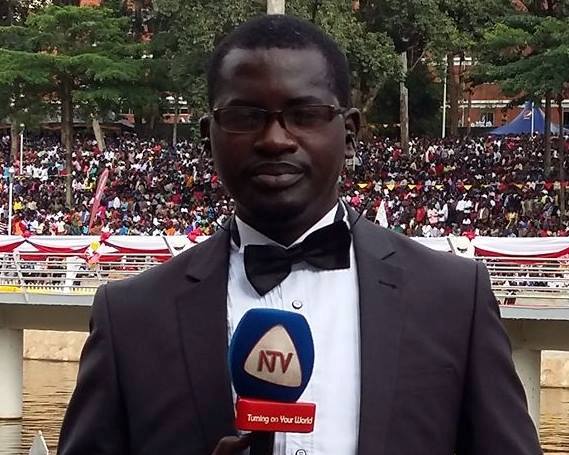 The news reporter, who worked with the station for over 10 years says he has left NTV to “give room to the young generation.

“Allow me to thank each one of you for the guidance, friendship and unconditional support you showed me in the last ten years since I joined the NMG family. I have graduated from a boy into a man covering most of the top events in the country, I have covered many stories which I cannot remember but am sure have somehow changed people’s lives. I cannot thank you enough but only to pray to God for life,” ssenkandwa wrote on Facebook.

“I have decided to give room to the young generation to try out their luck in the journalism field and I know once you believe in yourself the sky is the limit. I kindly ask those I have offended in line of duty to forgive me,those who judged me wrongly,I have no right to judge or even wish you bad since we are all human. I have moved on, taking a different path and am sure God will guide me the same way he has done in 13 years since I started this interesting journey right from METRO FM. Thank you once again the entire NMG (NTV) family that gave me a platform to be the eyes and voice to many Ugandans,” he added.

Ssenkandwa joins the long list of journalists who have left NTV Uganda including Gertrude Tumusiime Uwitware, MC Kats, Solomon Sserwanja, Rukh-shana Namuyimbwa, Ernest Wisdom Kiyonga and Dean Lubowa Saava among others, many of whom have joined NBS Television.