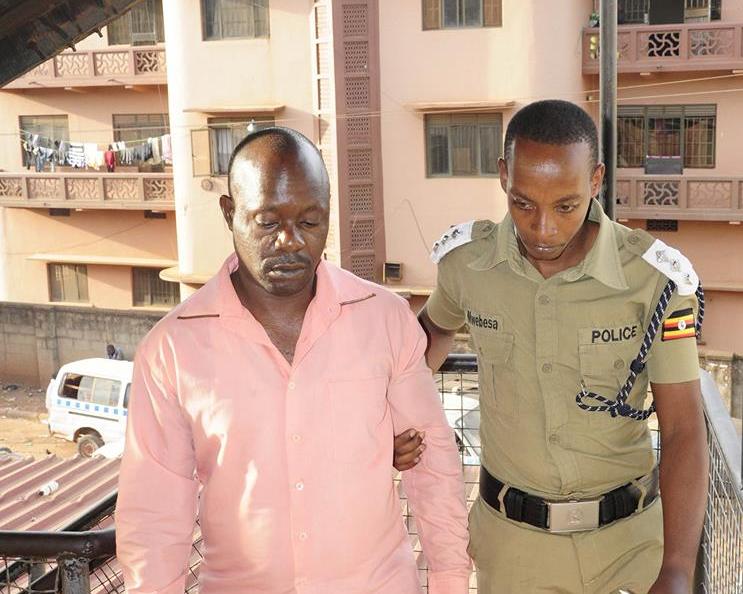 Old Kampala Police has foiled a man’s plot to allegedly kill his wife.

The suspect identified as Christopher Ssalongo Katalyebwa 48, resident of Kyengera has been arrested by Old Kampala Police after a tip off by someone he had contracted to hire the wife’s killers.

The DPC Old Kampala Police ASP. Nyangoma Grace said that Katalyebwa hatched a plan to put an end to his wife Nalongo Josephine Namukisa with whom he works with at their shop located on Skylight shopping arcade with intent to selfishly inherit all family riches accumulated in the past 18 years of marriage.

The couple is blessed four kids.

“A member of the bodaboda look out team contracted to oversee the gruesome mission tipped us with spot on information which lead to his arrest,” ASP Nyangoma said.

Initially he tried to avoid meeting the hired killers physically but later accepted after several negotiations.

A fee of one million shillings was agreed upon after a number of negotiations.

A number of voice recordings were presented involving the intended execution plans.

According to the hired killer, Katalyebwa preferred the would be victim to be killed as he was on a business trip to Nairobi arguing that this would make every one believe that the wife was killed in his absence.

Revelations reveal that the couple has been having family misunderstandings that had been looked into by probation offices at Mwanga II Court.