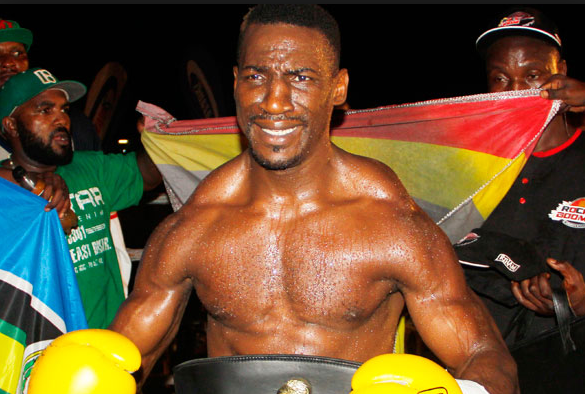 Golola hit Kikenwa with kicks and punches right from the first round amidst cheers from the huge crowd of revelers that were in attendance.

Referee Abbey Kigozi was forced to stop the fight in the middle of the third and final round after Golola hit Kikenwa with an uppercut that left him staggering.