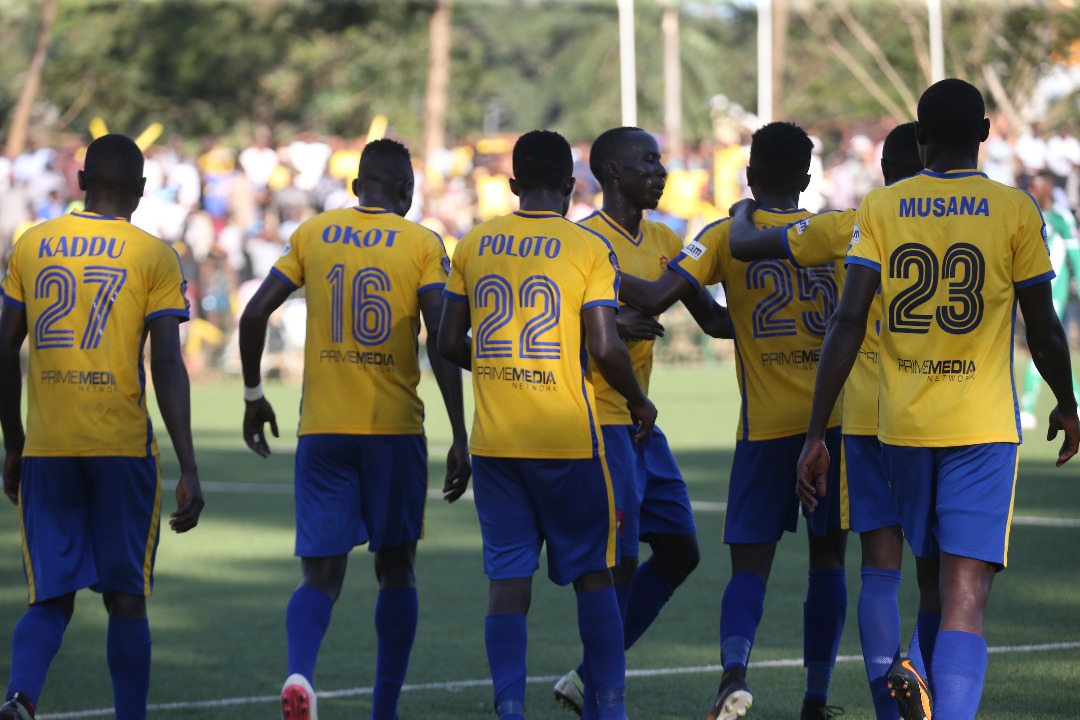 Allan Okello’s brace in the final quarter of the game was all league Champions KCCA FC needed to grab a crucial win against UPDF FC at StarTimes stadium, Lugogo

The teenager struck twice with sheer class, late in 80th and 86th minutes to hand KCCA FC three points. Okello pounced on a ball from Hassan Musana, perfectly collected himself and struck home with his magic left foot to break the deadlock with 10 minutes to play, sending the fans into a frenzy of sorts.

Hardly had Okello broken the deadlock when he picked up a ball in the opponent’s box from a poor clearance from his marker, controlled it with his first touch and fired towards the upright and into the net with an unusual right foot this time, sending the home crowd in festivity.

Earlier on, Patrick Kaddu twice had his efforts kept out by custodian Bashir Sekajja from a point-blank distance, Mustafa Kizza’s long range efforts whistling over the up left post and Julius Poloto’s cheeky effort pushed out for corner in the closing stages of the opening stanza.

Paul Mucureezi was introduced for Jackson Nunda at the start of the second stanza, and later Muzamiru Mutyaba taken off for Solomon Okwalinga.

Hassan Musana was later introduced for Kizza Mustafa with a quarter an hour to play. Denis Okot’s cultured right foot cross met Paul Musamali who headed out wide in the 77th minute.

10 minutes to the end of the game, Musana’s mazy run led to a forward tap of the ball towards Okello the teenager coolly striking the ball home. Six minutes later Okello pounced on a loose ball in the box and struck with the right foot to get himself a brace and the second for KCCA FC.

2-0 the final score, Allan Okello with a brace to his name and two goals for KCCA FC. The Champions climbing second on the log with a game less. KCCA FC play Maroons FC away on Thursday 12th April 2018 in the League.