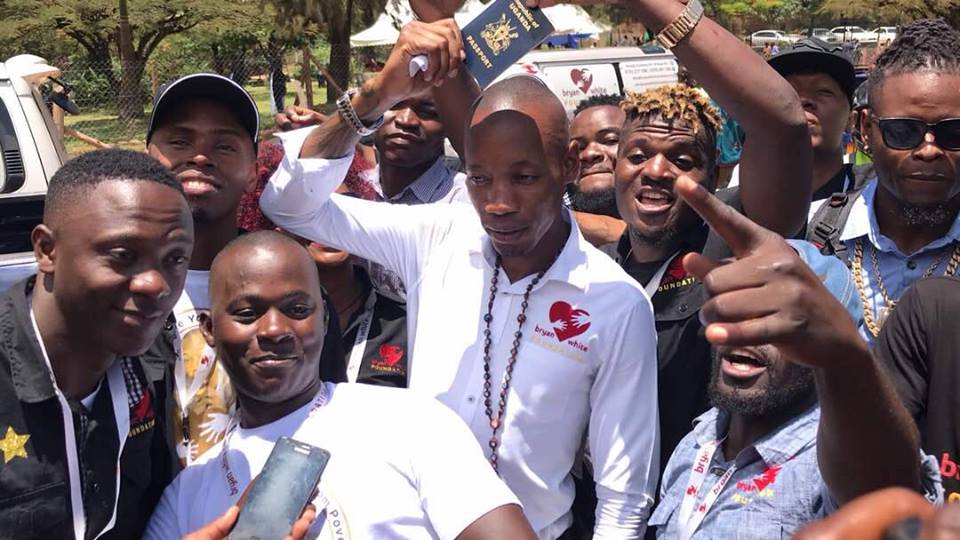 The State has Tuesday (April 10, 2018) withdrawn its case against city socialite and philanthropist Brian Kirumira alias Bryan White, who has been battling attempted murder charges.

The Director of Public Prosecutions (DPP) in a letter dated 9th April 2018, informed the Chief Magistrate of Makindye Court that the state had decided to discontinue proceedings against Bryan White who had been charged with attempted murder.

Bryan White and his guard, a police officer attached to Crime Intelligence identified as Thomas okoth were accused of shooting a one Victor Bitwire in Buziga, Kampala in December 2017.

The two were remanded to Luzira Prison on December 21, 2017 until January 8th, 2018 when they were released on bail.

This website understands that Brian White and the victim Bitwire agreed to settle the matter outside court.

Brian White was on Tuesday handed back his passport which had been under the custody of the court as a bail condition.