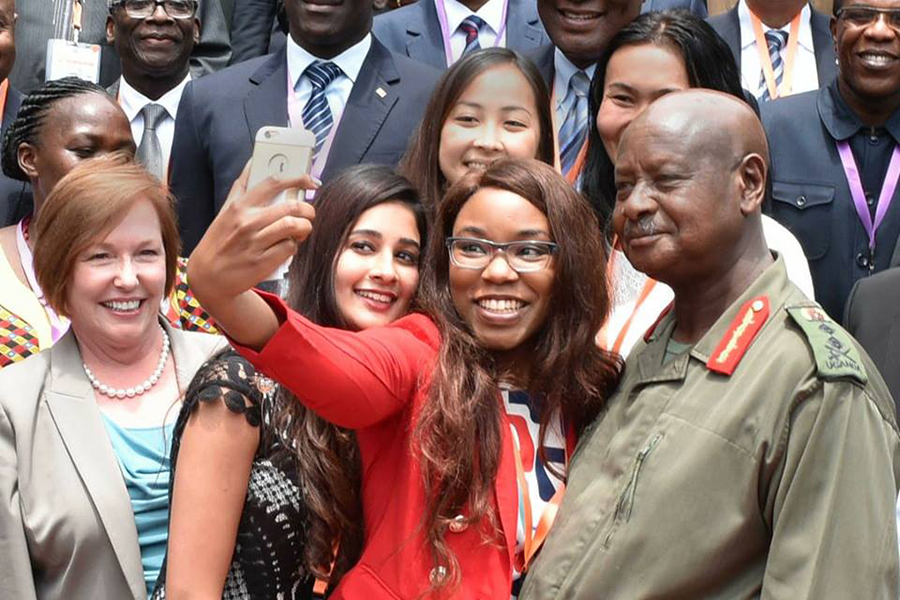 At a time when other countries are cutting the costs of internet, President Museveni wants to increase its cost. We actually need to aspire to making internet free. In addition we should find ways of making cheap smartphones available. In his book “India Connected” Ravi Agrawal writes about the smartphone revolution in India. According to the book, in 2000 only 20 million Indians had internet access. As of last year, 465 million Indians are online. It is said that three Indians discover the internet every second. By 2020 it is expected that over 700 million Indians will be online. This figure will rise to over a billion by 2025,

The internet access in India is driven by low cost smartphones, cheap data plans, increased broadband access, wireless and 4G data on phones. As a result, India skipped many of the twists and turns that Western countries endured on their path to internet connectivity.

The president has instructed government officials to introduce a heavy tax on the internet. He gives two reasons for the new taxes. First he hopes to curb online idle talk or “lugambo” (rumormongering). Secondly, he expects that the new taxes will raise billions in taxes.

Our economy is in dire straits. Cash flow is in decline. Our balance of trade is in the deep negative. We import far more than we export. The cost of administration – the payments made to the political class, the layers of presidential appointees, millions of Crime Preventers and the heavy cost of maintaining the president and his entourage. All these have put a lot of pressure on our coffers. From that point of view, the reason advanced by the president that he wants to curb rumormongering can be discounted as a camouflage. The real reason for this proposed tax is to raise money.

Many of these so called idlers need opportunities. In the world today, the internet is a new frontier. It is the essence of connectivity and is thus not a luxury but an essential ingredient of development. Thanks to the internet, young people living miles apart can stay connected and work on a project. Employees can now work from home, thus saving money on office space.

If indeed Museveni is still committed to economic transformation and modernization, then making internet more expensive is a retrogressive step. Internet helps overcome traditional barriers to business, and opens up the sphere of entrepreneurship. In cyberspace we are all equal. Internet allows the many illiterate poor to be connected to a fast changing world.

The president is right to note the negative side of connectivity such as the spread of rumors and pornography. Internet connectivity can also be taken advantage of by perpetrators of crime and terrorism. However the solution is not to restrict internet access through taxation. You cannot overtax fire just because there are arsonists who abuse fire.

Lastly, the proposed tax on the internet goes against all the principles of taxation. It amounts to double taxation. The tax incidence will also be arbitrary. Reminds me of the flat fuel tax to replace road licenses. As a result even those running generators pay the taxes that purportedly help road maintenance!

Norbert Mao is a Ugandan politician and lawyer. He has been president of the Democratic Party since 2010, and he served as the Local Council 5 chairman for Gulu District.