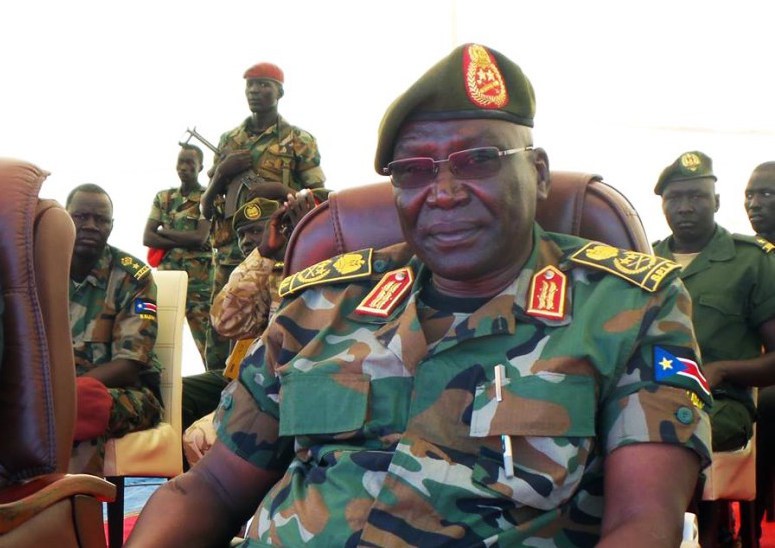 South Sudan wants the regional bloc (IGAD) and the Troika member states (Norway, United States and Britain) to exclude ex-army chief, General Paul Malong from the next round of peace talks in Addis Ababa, Ethiopia.

Addressing reporters in the capital, Juba on Tuesday, the Presidential Press Secretary, Ateny Wek Ateny said the participation of Awan, a former ally of President Salva Kiir, would affect the ongoing peace process.

Ateny accused the ex-army chief of being a believer in violence rather than peaceful means.

Awan announced the formation of the South Sudan United Front (SSUF), which he claimed was the only means through which he would work with compatriots to “arrest the carnage” in the country.

“Our movement is a just an urgent call to our compatriots and a struggle to first arrest the carnage that has befell our country and secondly to steer us towards democracy and development, which are the cornerstones of nationhood, an African nationhood of democracy, development, equal citizenry, justice and freedom”, he said in a statement issued on Monday.

He accused Kiir of building a nation where total impunity is the order.

“Our movement seeks to reverse this. We must build our nationhood around strong institutions and not strongmen. Strong institutions will outlive all of us and guarantee the prosperity of our nation. This is what we yearn for in our country”, stressed the ex-army chief.

Malong said his new rebel group would strive towards fighting what he described as “systemic corruption, stop the ongoing carnage, steer the country toward democracy, justice, equality and freedom.”

He also vowed to respect the cessation of hostilities agreement signed in December last year by the various warring parties and he urged the regional bloc, Intergovernmental Authority on Development (IGAD), to allow his new group to be part of the high-level revitalization forum meeting scheduled April 26 in Addis Ababa.

Ateny, however, said the former army chief of staff is a “corrupt” individual already been sanctioned by the international community.

“Malong was sanctioned by the same international community for the role they thought he played as part of the government when he was the Chief of General Staff of the army,” Ateny told reporters.

In February this year, the European Union imposed sanctions on Malong and three South Sudanese officials implicated in human rights violations and obstructions of their country’s peace process.

He accused the ex-army chief of destroying the August 2015 peace deal that forced rebel leader Riek Machar out of Juba last year.

“Malong was against the peace agreement on the resolution of the conflict in South Sudan. That is why he staged almost three attempted coups against President Kiir between 2015 and 2016,” said Ateny.

Relations between Awan and President Kiir deteriorated after the former was sacked from his post as army chief of staff in May 2017 and placed under house arrest for fear he would start a rebellion.

The ex-army chief was freed in November following mediation led by the Jieng Council of Elders. The agreement refrained him from going to his home-town of Aweil in Northern Bahr el-Ghazal state but was allowed to travel to any East Africa country. 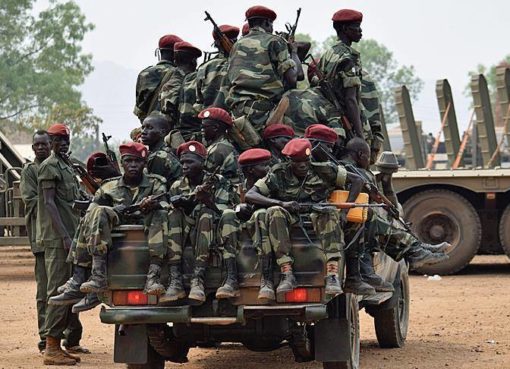 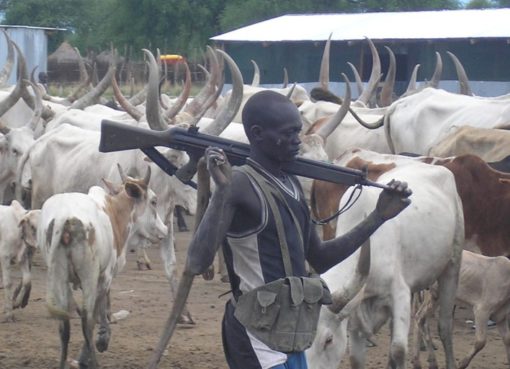